Health-care vote — is this an emergency? 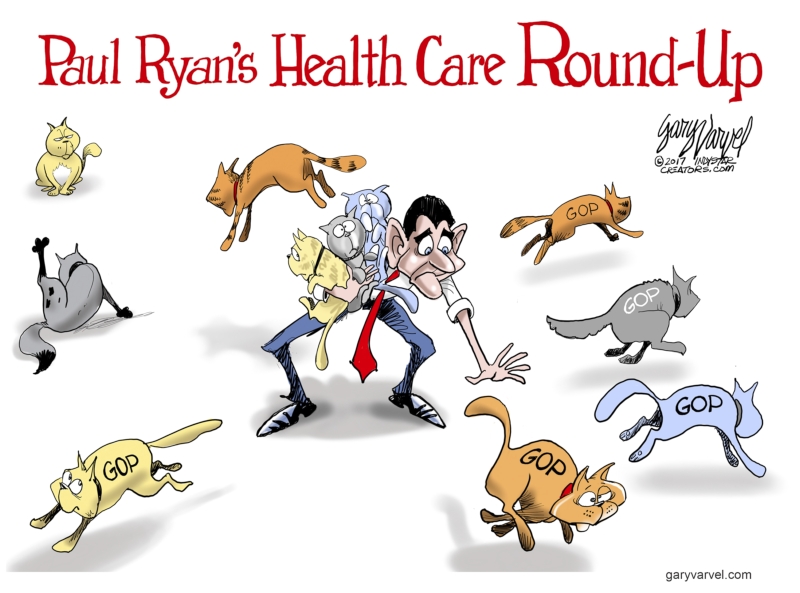 The nation faces a health-care emergency. But it is not, as President Donald Trump and other Republicans have described it, that Obamacare is on the verge of imminent, unavoidable collapse. It is that Trump and the Republican Congress are sabotaging Obamacare, which millions of people rely on.

“Obamacare just so you know, Obamacare’s terrible on preexisting conditions, you know why? Cause you’re not going to have it,” the president told Bloomberg News on Monday. “It’s folding. It’s gone.” In fact, Obamacare will not fold, unless Trump destroys it. Republicans face a test: Will they govern responsibly, or will they force a disastrous failure in health-care markets?

An essential feature of Obamacare is subsidies that help low-income people afford out-of-pocket expenses and stabilize health-care markets for insurers. Without those payments, premiums would rise by double-digit percentages, along with the effective deductibles people would have to pay. But those essential subsidies are in danger. The House sued the Obama administration, charging that the payments are being made illegally, without the consent of congressional appropriators.

The House GOP could save the program by appropriating the funds, which would make the lawsuit irrelevant. If they don’t, Trump could save the program, at least for now, by continuing to contest the lawsuit, as the Obama administration did. The longer Republicans fail to provide clarity on their intentions, the more likely they will scare insurers out of Obamacare markets in 2018, reducing or eliminating people’s access to coverage.

Instead of providing clarity, Republicans have only increased the uncertainty in recent days. At a news conference last week, House Speaker Paul Ryan, R-Wis., ducked his own responsibility for solving this policy mess. The president committed to keeping the payments going “for now,” but then White House budget director Mick Mulvaney suggested Tuesday that no such decision has been made for May, let alone future months. Meanwhile, time is running short as insurers decide whether to jack up their rates next year or leave the Obamacare system altogether because the Trump administration has let essential elements of health-care policy linger in doubt. “They are a poor partner, even worse than Obama,” an exasperated health insurance representative told us.

One apparent motivation for this destructive opacity is the White House’s urgent campaign for a weak and unpopular repeal-and-replace bill. Though the Trump administration has been desperately trying to push it through the House, opposition from moderate Republicans rightly concerned about ripping up protections for people with preexisting conditions has slowed its passage there and would likely doom it in the Senate. Trump further complicated the effort in interviews released Sunday and Monday in which he appeared unfamiliar with what is in his bill and suggested that it is “not in its final form right now,” yet made the impossible promise that “it will be every bit as good on preexisting conditions as Obamacare.” It would have to change dramatically.

Obamacare is the law of the land. Even if Republicans manage to replace it, they will still need a functioning individual insurance market from the time they pass their bill to the time it is phased in, which requires that they refrain from blowing up the current system. Instead, Republicans are risking millions of Americans’ coverage.

We reap what we sow, especially in crime