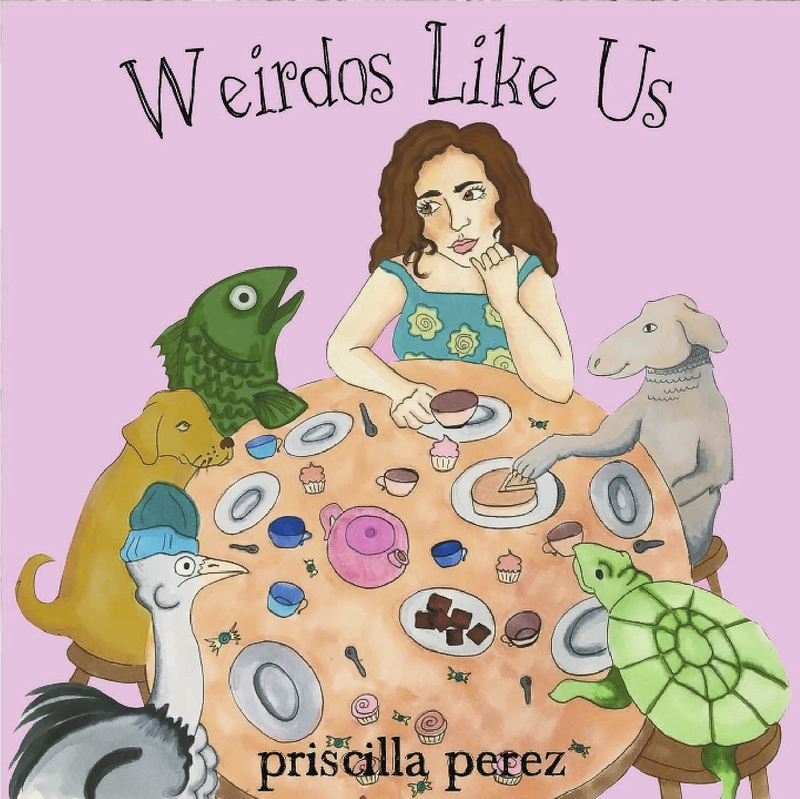 Since September, Perez, who lives in Concord, has been in the studio rehearsing, recording and helping mix the four-track compilation.

“‘Weirdos Like Us’ is one of the songs on the EP, and it’s about finding someone whose weirdness matches yours,” Perez said. “Some would say that’s love.”

She hopes to reach new audiences while tiding over her dedicated fan base in Rowan County.

Perez said the release of her EP would not have been possible without the help of everyone who contributed to the project.

“It’s been a long time coming, but I definitely feel like all the time, effort and energy put into this project will be well worth it,” she said.

“I really had some amazing people (on the project) from my band and engineer to the artists that did the album artwork. None of it would have come together without them. ‘Weirdos Like Us’ is an ode to people who embrace their imperfections and find the beauty in loving their inner weirdness.”

Perez is a senior with a double major in popular music and music business and a minor in business administration. She has her sights set on songwriting and performing in Nashville. She spent the past four years at Catawba developing as an artist by honing her songwriting, theory and performance skills and by experimenting with her personal sound.

“I’m a little odd. I like to step outside the box, and I like that about myself. I also like other people who are not afraid to be their authentic selves,” she said.

Her musical influences include a diverse group of artists such as Mariah Carey, Regina Spektor, Taylor Swift and many more. Many times people have asked Perez what she considers her genre to be, as each of her songs has its own musical personality. From writing songs with Latin-inspired rhythms, to her Baroque pop-influenced songs with stringed instruments and horns, the overarching themes of transparency and encouragement remain the same.

Because Perez pulls from many genres and writing styles, she identifies her music as indie pop.

“Putting ‘indie’ in there makes things less strict,” she said.

Fans can visit her Facebook page for more information: https://www.facebook.com/priscillaperezmusic/.

William Spencer is a senior at Catawba College.