How to write a memorable commencement address 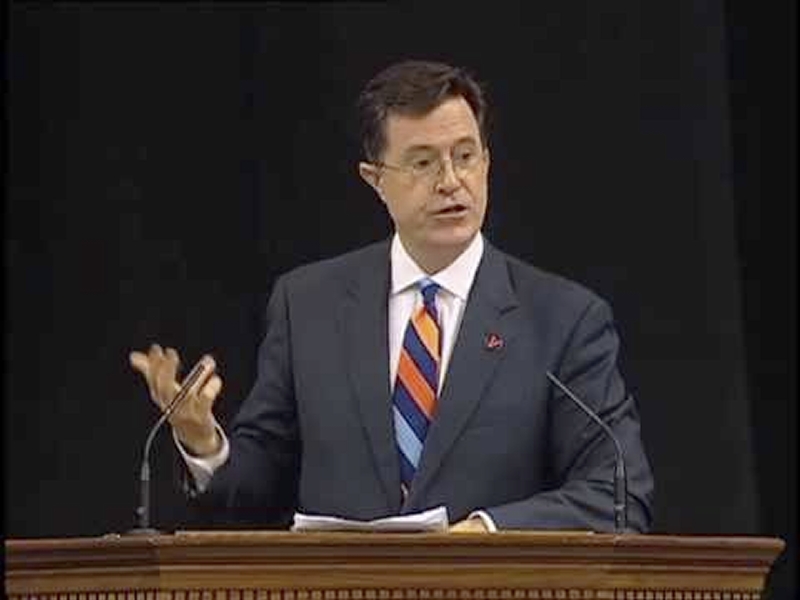 U.N. Secretary General Antonio Guterres is headed to the University of South Carolina. Vice President Mike Pence is off to the University of Notre Dame. Apple Chief Executive Tim Cook will be at MIT, Facebook Chief Operating Officer Sheryl Sandberg at Virginia Tech, the Dalai Lama at the University of California – San Diego, and Oprah Winfrey at Skidmore and Smith. Hundreds of other top business and political executives will deliver commencement speeches at colleges nationwide over the next few weeks. You may be one of them.

So what are universities looking for when they offer big bucks to speak at graduation ceremonies?

“The best speakers remember the day is about the people they’re speaking to, so they manage to combine their hard-won wisdom with a message of hope and optimism to the people who are graduating,” said Melissa Connolly, vice president of university relations at Hofstra University.

Killer commencement speeches tend to follow a classic formula, said Daniel Benaim, a visiting professor at New York University who was a speechwriter for former Vice President Joe Biden and former Secretary of State Hillary Clinton. Typically, speakers congratulate the class, share their own stories, say something insightful about the world they’ll graduate into, and end with a call to action challenging students to do something.

Start by acknowledging notable people present, such as top university officials, local politicians and maybe even the student class president. But Benaim said reading a list of names can be a missed opportunity.

“Find a way to make it personal,” he said. “If you know people, don’t give them a compliment anyone could find on a Hallmark card. If you can, say something specific and uniquely true about them. If you’re not sure, start Googling.”

Conan O’Brien, for example, recognized President George H.W. Bush in the opening of his 2011 commencement speech at Dartmouth by saying: “Before I begin, I must point out that behind me sits a highly admired president of the United States and decorated war hero while I, a cable television talk show host, have been chosen to stand here and impart wisdom. I pray I never witness a more damning example of what is wrong with America today.”

Next, congratulate the students on their achievements. “The people in front of you have worked extraordinarily hard and they deserve specific recounting of what they’ve accomplished and the community they’ve built to make sure they feel recognized,” Benaim said. But while it’s important to tell the students they’re special, it’s also important, he said, to “let them know they’re not that special — that an awful lot of hard work is ahead to become successful professionals and good citizens and lead meaningful lives.”

This first part of the speech should include “retail politics” an an acknowledgement what makes the university unique. If you don’t have a personal connection to the school, don’t worry. “Researching [students’] experience is a sign of respect, and when someone outside their community knows their favorite bars and inside jokes, that can be an easy source of humor and a way to connect,” Benaim said.

As Arianna Huffington introduced herself to Vassar grads in 2015, “I’ve spent a lot of time in recent weeks getting to know you — following you and your activities on social media, on Vassar’s website, in The Miscellany News, and in other ways I’m not prepared to disclose that will remain between me and the folks at the NSA. It feels a little like I’ve been checking out your online dating profile, and now we’re finally meeting.”

Next, share some wisdom. It’s best told through personal stories of both your successes and failures. “The best stories of all are the ones you’ve lived through, where you’ve dealt with adversity like the students will face and found a way to make something remarkable out of it,” Benaim said.

For example, in 2010, actress Lisa Kudrow told fellow Vassar College grads that when she decided to go into acting after earning a degree in biology, she was nervous about her choice because she “didn’t really care for actors” and was afraid of becoming shallow. But she soon realized that her thinking was holding her back. “You can’t pursue something and be committed to it if you’re apologizing for it at every party,” she said.

What makes a commencement speech different from the kinds of talks senior executives typically deliver is that it isn’t meant to be a lecture on your area of professional expertise, Connolly said. “What’s important is that you’re sharing a little of yourself.”

The moral of the stories is often how to be a good human being. “It gets existential pretty fast,” Benaim said.

But the speech should also be funny. Benaim said self-deprecating humor is an easy place to start. Stephen Colbert, for example, told University of Virginia graduates in 2013, “Out of courtesy, if anyone has a cell phone, please take a moment to make sure that it is turned on. I wouldn’t want any of you to miss a text or a tweet while I’m giving my speech.”

Benaim also suggests looking at books of jokes and past commencement speeches delivered by comedians. You can’t steal good lines, of course, but you can quote, paraphrase and draw inspiration from them. Then, test out jokes on friends. “The bar for funny is sometimes surprisingly low,” he said. “People give you points just for trying, especially if you’re important.”

Finally, you should leave students with a challenge to do something specific. This might be something you wish you’d known or done when you were in their shoes. As Sheryl Sandberg told Barnard grads in 2011, “Don’t let your fears overwhelm your desire. Let the barriers you face — and there will be barriers — be external, not internal.”

And as the late David Foster Wallace concluded his famed 2005 address at Kenyon College, [ital] I wish you way more than luck. [end ital]

Alaimo is an assistant professor of public relations at Hofstra University and author of “Pitch, Tweet, or Engage on the Street: How to Practice Global Public Relations and Strategic Communication.” She previously served in the Obama administration.

Editorial: Raise the age for juveniles