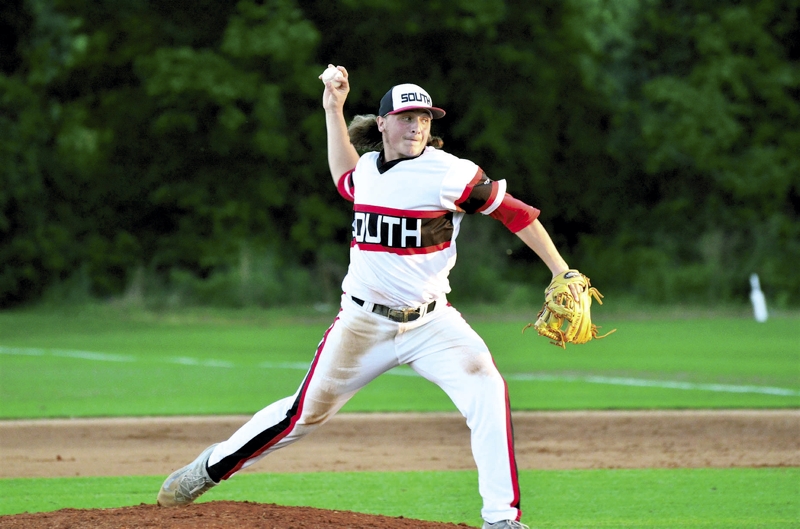 SUBMITTED PHOTO BY CURT FOWLER ... South Rowan’s Tyler Shepherd fires a pitch toward the plate during Tuesday’s game against East Rowan. South Rowan won the game, 4-0, in the first round of the SPC Tournament in Landis. Shepherd pitched a shutout and hit a three-run homer.

LANDIS — Tyler Shepherd pitched and hit South Rowan’s baseball team to a 4-0 win against East Rowan in the first round of the South Piedmont Conference Tournament on Tuesday.

Shepherd’s three-run homer in the third inning was the key blow for the fourth-seeded Raiders (16-9).

Shepherd also struck out 11 Mustangs with a strong mound effort.

Second baseman Austin Chrismon had two hits for the Raiders.

John Owen and Trevor Scruggs had two hits each for fifth-seeded East (15-10). Colby Myrick took the loss on the mound.

South is home tonight at 7 p.m.against Hickory Ridge for a semifinal contest.

East Rowan will be in the 3A state playoffs next week.