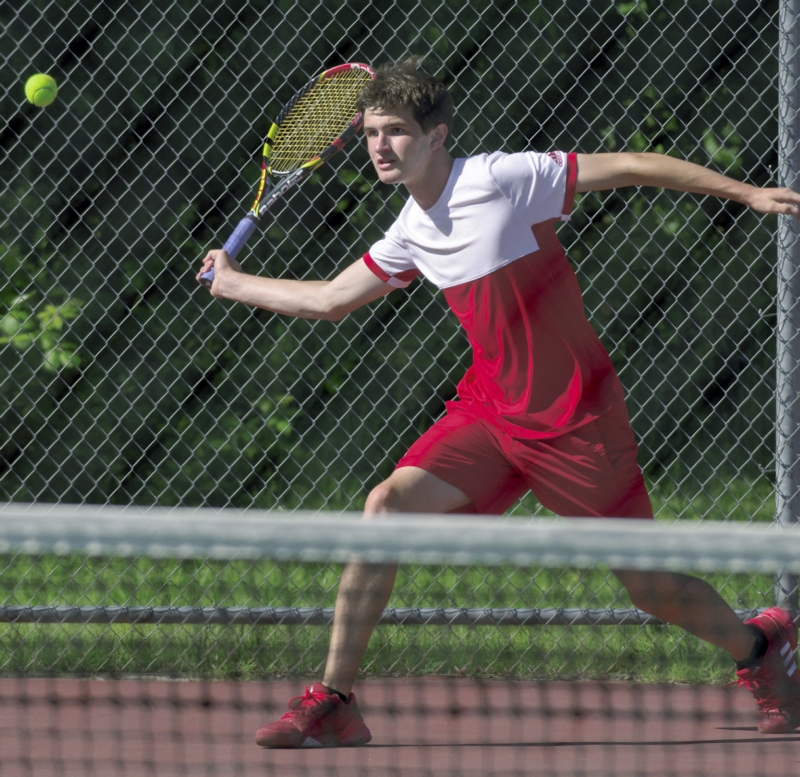 The Hornets actually won the match in singles play, 5-1, but the two teams played doubles in order to gain experience for the Midwest Regional (individuals) on Friday and Saturday.

No. 3 singles player Rodas-Palacios remained undefeated for the season with his 6-2, 6-1 win over Brandon Keneda.

Finishing out the Salisbury wins in singles player were Archer’s 6-0, 6-2 decision over Michael Macomson, and Weitz’ 7-5, 7-5 victory over the Wolves’ Miller Brogden.

Salisbury’s only win in doubles action was an 8-4 decision: Burton and McGee over Cromer and Perez.

Salisbury will continue the dual team playoffs next Tuesday at home, hosting a second-round match against C.D. Owen High School, from Black Mountain.