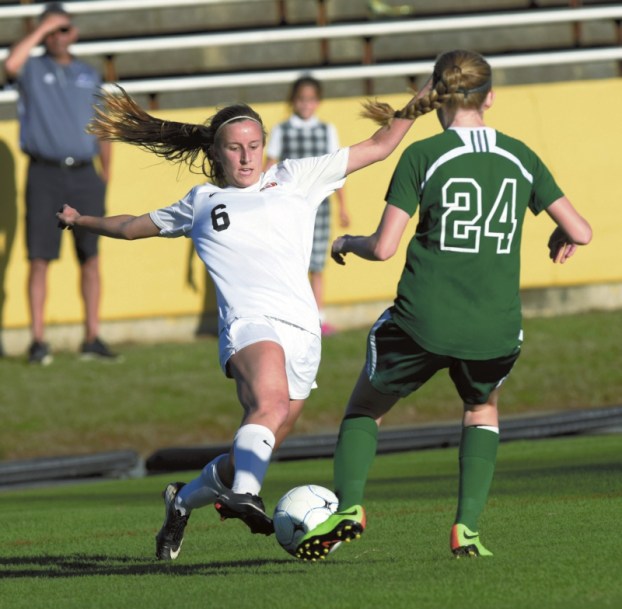 The Hornets are Central Carolina Conference champions for the first time since 2011 — even if they had scurry through the back door Tuesday night to get there.

“It’s not the most emphatic way to clinch anything,” coach Matt Parrish said at Ludwig Stadium, moments after Salisbury and West Davidson arm-wrestled to a 0-0 tie. “Holding on for dear life. That’s a script that Brown and I have read before.”

Salisbury (15-1-2 overall) had its 14-match winning streak snapped, but improved to 8-0-1 in league play. The Hornets close the CCC season at North Rowan today. West (14-5-2, 7-1-1) wraps up conference play against East Davidson today.

“It came down to us beating them the first time we played,” midfielder Julia Honeycutt said, referencing Salisbury’s 1-0 triumph in Tyro on March 30. “And in that game, we scored in the first three or four minutes, then sat back and defended the whole game. It was nerve-wracking.”

So was this one. West outshot the Hornets, 14-13, and created the match’s two best scoring chances. The first came with about seven minutes remaining in regulation, when West freshman Jennifer Lopez blasted a shot from the left side that eluded SHS goalkeeper Juliana Anderson (10 saves) and struck the lowest part of the right post — but the play was ruled offside.

“Our mentality was we had to win or tie to get the conference championship,” said Salisbury’s Ceci Cardelle. “We weren’t going to let them ram it down our throats, but they had some chances. We had to push forward, not sit back.”

West was doing all the pushing in the late going. Sophomore Cassie Riggs, a 20-goal scorer this spring, sent a crossing pass parallel to the goal line about a minute into the first overtime period. The ball wandered across the crease without being redirected. “It was a slotted ball,” Brown explained. “It’s soccer. You’re gonna miss some balls.”

Only 5:20 remained in the second OT when Riggs pushed a close-range shot that appeared to beat Anderson on the short side, but the ball nestled into the netting outside the cage.

“Each team had a couple of looks, but you’ve got to say they had the cleanest two or three opportunities,” Parrish said. “We were fortunate. Some of their fans thought that one was in. Some of our fans did too.

“We spent the first 60 minutes trying to be assertive,” Parrish continued. “After that, I told the girls, ‘We need at least a tie to get the result we want. If they don’t score, we get a tie. Let’s sit in and play defense.'”

So the Hornets defended like Banshees — watching West unleash an array of set plays, long throw-ins into the box and a number of well-struck corner kicks.

“We were defending, but still pushing enough that they had to defend us,” said forward Katie Bullock, Salisbury’s goal-scorer when the team’s met five weeks ago. “I think we scared them as much as they scared us.”

Salisbury’s best chances came when Bullock centered second-half passes to Emily Mann, who was thwarted twice by West’s defense and once by keeper Ragan Dalton (9 saves). And Cardelle nearly scored with 14 minutes to play in the second half when she lolly-popped a 25-yard free kick that Dalton snagged with outstretched arms. “A great save in a long game,” Cardelle said. “(Dalton) played her heart out.”

By the waning moments, Salisbury was clearly playing for a tie. “I defended so much, I was exhausted,” said Honeycutt. “But I think Bethanie (Stauffer) and Olivia (Dagenhart) handled their girls — out wide — very well. Everything out of the back was big.”

“They were coming after us,” Parrish said. “All it takes is that one play going in and we’re in trouble. One misplay, one handball, one anything.”

Brown, to his credit, made no excuses. “When you can’t score, you can’t win,” he said. “You have to tip your hat to them. One goal, a long time ago, was all it took to win the conference.”

By Mike London mike.london@salisburypost.com Saturday’s seventh round, the final round of the NFL draft, was sprinting by much too quickly for former... read more