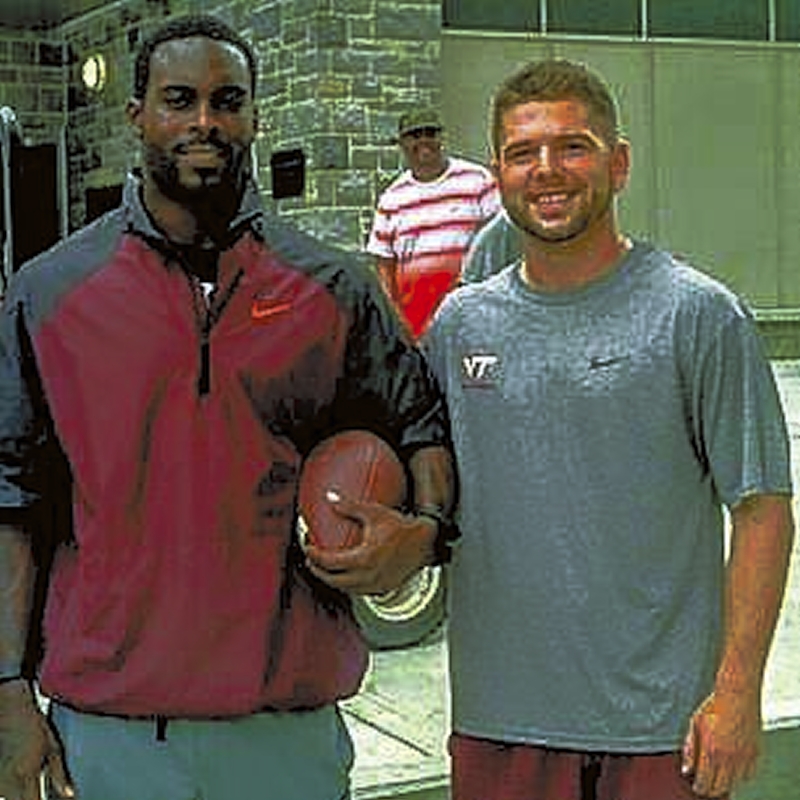 Young played collegiate tennis while an undergraduate at Roanoke College. He spent his summer as an intern with the DC United Soccer Team in Washington, D.C.

He is currently completing his master’s degree as a graduate assistant in the Virginia Tech Sports Medicine Department and will graduate in May.

Assigned to the Virginia Tech football team, Young accompanied his team to the Belk Bowl last season. Young said that it was his original goal after graduation to join the sports medicine staff of one of the major league soccer expansion teams.

“I am very excited to have been selected to join the Chargers football team,” he said. “This is a great opportunity.”

While completing his master’s studies, Young said, he gained practical, hands-on experience in all facets of his profession.

“I have had an opportunity,” Young said, “to participate in an ongoing concussion study funded by Toyota Racing where players’ helmets are outfitted with sensors to measure and collect various head collision data.”

“This is cutting edge stuff that will make a real difference.”

Lewis has a sister, Emalee, who is attending Roanoke College. He is the son of Michael and Diane Young of Salisbury.