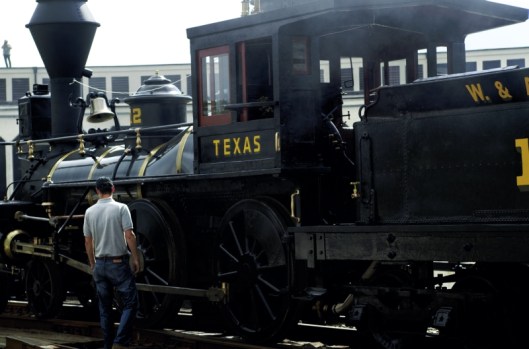 Max Sigler, with Steam Operations Corp., looks at the Texas, a steam locomotive, after it's unveiling at the North Carolina Transportation Museum in Spencer on Friday. Kristi Craven/Salisbury Post 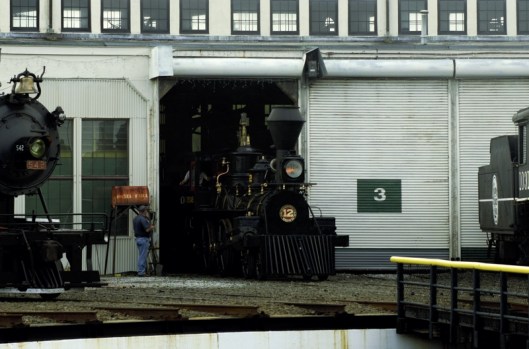 The Texas steam locomotive is unveiled at the North Carolina Transportation Museum in Spencer on Friday. Kristi Craven/Salisbury Post 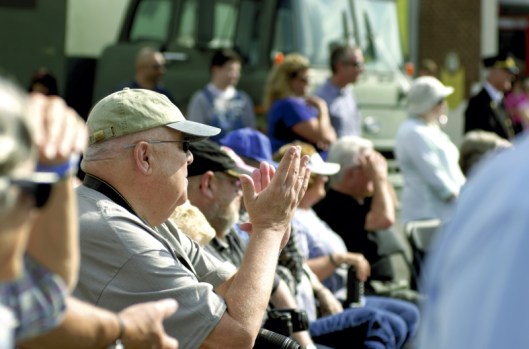 Thomas Huhn claps after the unveiling of the Texas steam locomotive at the North Carolina Transportation Museum in Spencer on Friday. Kristi Craven/Salisbury Post 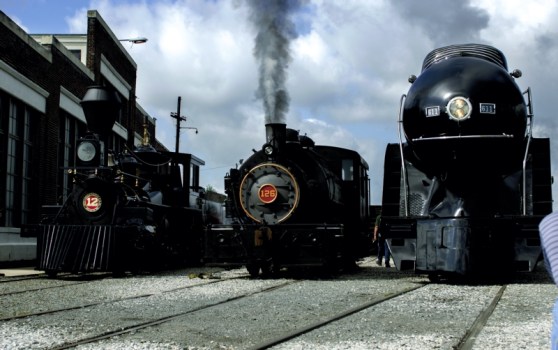 The Texas, left, built 1856, sits alongside the Lehigh Valley Coal #126, built 1931, and the N&W Class J #61, built 1950, at the North Carolina Transportation Museum in Spencer on Friday, where together they make up '100 Years of Steam'. Kristi Craven/Salisbury Post 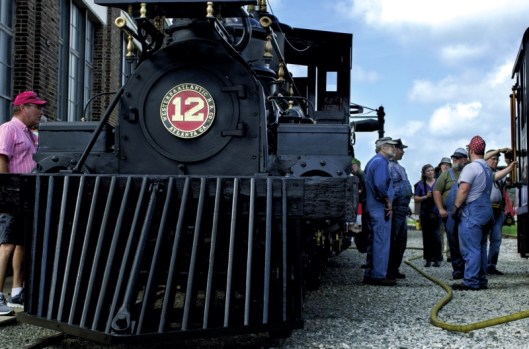 The Texas is unveiled at the North Carolina Transportation Museum in Spencer on Friday. Kristi Craven/Salisbury Post 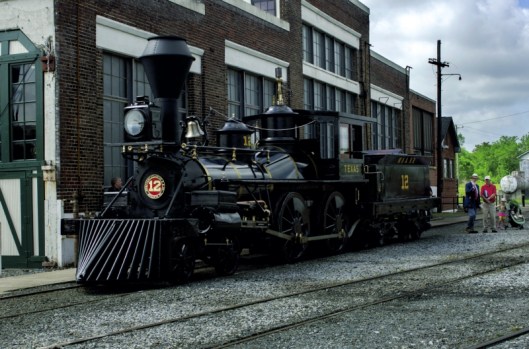 The Texas steam locomotive was built in 1856 and for 16 months has been worked on to get it ready to be on display at the Atlanta History Center. Kristi Craven/Salisbury Post

SPENCER — Onlookers were ready with cheers and applause Friday as the North Carolina Transportation Museum unveiled the restored locomotive Texas.

The big reveal followed a 16-month restoration that left the 161-year-old steam engine a pristine and historically accurate work of art.

Work was completed at the museum by Steam Operations Corp., a company that restores, rebuilds and operates steam locomotives. The renovation was funded by the Atlantic History Center, a nonprofit cultural institution that assumed responsibility for the engine in 2014.

“These guys did the work that transformed this locomotive from a 1936 restoration that was supposed to make it look like 1862,” he said. “Now we have a locomotive that is honest to its parts. This is an 1886-circa locomotive.”

The Texas is an icon of American railroad history, notable because of its involvement in the Civil War’s Great Locomotive Chase. People at Friday’s unveiling included Thomas Burns, the great-great-grandson of Peter James Bracken, the so-called “Forgotten Engineer” of the chase.

Jones noted that the Great Locomotive Chase was only one day of the train’s 51-year run on the railway. Accordingly, conservation efforts were tedious and intense.

Scott Lindsay, president of Steam Operations Corp., spoke about his company’s work in the renovation.

“It was much more than a locomotive restoration because of the Civil War history and the age of it. When the guys were taking it apart, they took detailed photographs, trying to tell the story of the Texas as they uncovered things,” Lindsay said. “It’s all been documented. It was really more of an industrial archaeology project that ended up in a restoration.”

Restorative work was only cosmetic, as the train will no longer be used on the railway. Changes include construction and installation of a pilot/cow catcher on the front of the engine, a new smokestack, and replacement of rusted sections of the tender.

Lindsay said the project would not have been possible without team members Max Sigler and Nathaniel Watts, the two young men who completed the work.

“The future of steam and the preservation of the country is with this age group. It’s very important that they get the thanks they deserve for pulling this restoration off.”

The train will be on display until Sunday before it returns to Atlanta and its permanent home at the History Center’s Buckhead campus. The three-day farewell in Spencer also features two other engines: the former Norfolk & Western No. 611 and former Lehigh Valley No. 126 — both of which are still in operation.

“This really is a once in a lifetime,” Lindsay said about the opportunity to see these trains side by side. “1856 with the Texas and the 611 from 1950. That’s as wide a spread as you’re ever going to find anywhere in the world. Once that goes back to Atlanta, it’s going to be the centerpiece. It’ll be behind the glass, lit up day and night. It will never come out again. Not in our lifetime, anyway.”

The front-and-center display in Atlanta will be a marked change from the engine’s former resting place: the bottom floor of the Cyclorama building in Grant Park, where it was partially obscured by columns.

Now, a city with a name derived from the Western and Atlantic railroad will finally have a piece of that history on prominent display.

“This is what made America great, right here,” Lindsay said, “We were building things that 100 years later still exist, and 65 years later are just as good and strong as the day they were built.”