Kannapolis names 2017 Teacher of the Year 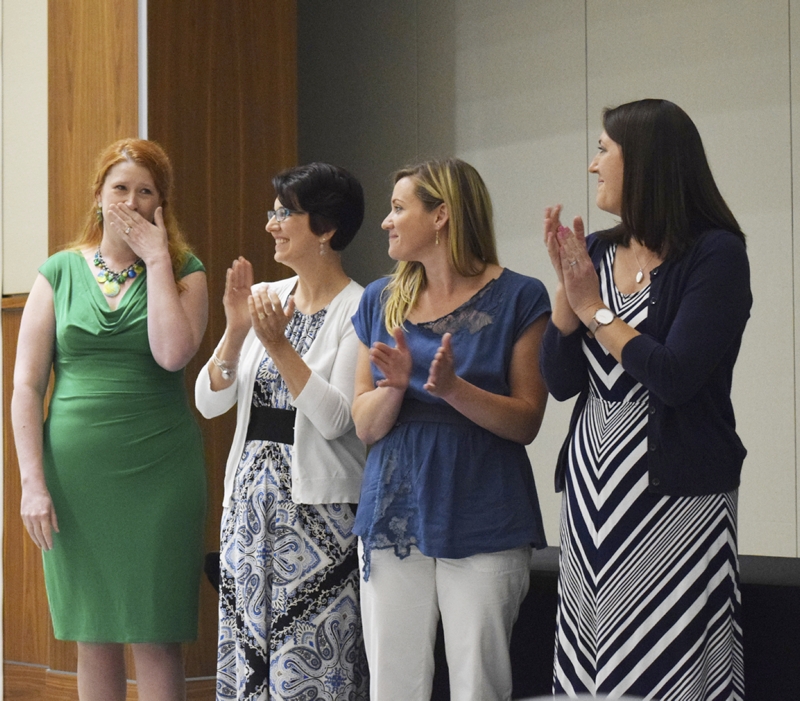 KANNAPOLIS — The city school system has named its Teacher of the Year for the second time this school year.

At an early-morning breakfast Thursday, Kannapolis City Schools named Jennifer Linn as its 2017 Teacher of the Year.

Ellen Boyd, the system’s director of community relations, said the district is switching its Teacher of the Year schedule so that the award is given in spring instead of fall, as in previous years. In September, Brittnay Banks was named the 2016 Teacher of the Year.

Principal Todd Parker said that when he was a teacher at the high school, Linn was his co-worker. He said she not only goes above and beyond in making her students feel special and loved but also does so for her school.

“Jennifer is the epitome of a wonder,” he said.

Linn uses literature to help her students gain a better understanding of the world and of themselves.

“Ms. Linn is one of the best teachers I have ever had throughout my four years at A.L. Brown,” said one of her students, Shemya Stanback. “By the end of the semester, you will have learned something not only about the literature she’s teaching but also something about character and the real world.”

“She’s as good as it gets,” Shemya wrote in a letter.

Linn cried as she accepted the award Thursday morning and thanked Shemya for her letter.

“That made my whole year — my whole career, honestly,” she said.

While the teaching profession has become increasingly difficult over the years, Linn said, she sees “so much dedication” to both the profession and to students when she looks at her fellow teachers in Kannapolis and across Cabarrus County.

“They are the best honor that all of us receive,” she said.

With the award, Linn received $1,000 from First Financial Group of America, which sponsors the KCS Teacher of the Year award.

Lauren Roberts of Shady Brook Elementary School was named the runner-up Teacher of the Year. She received $500.

The remaining nominees received $100. They are: