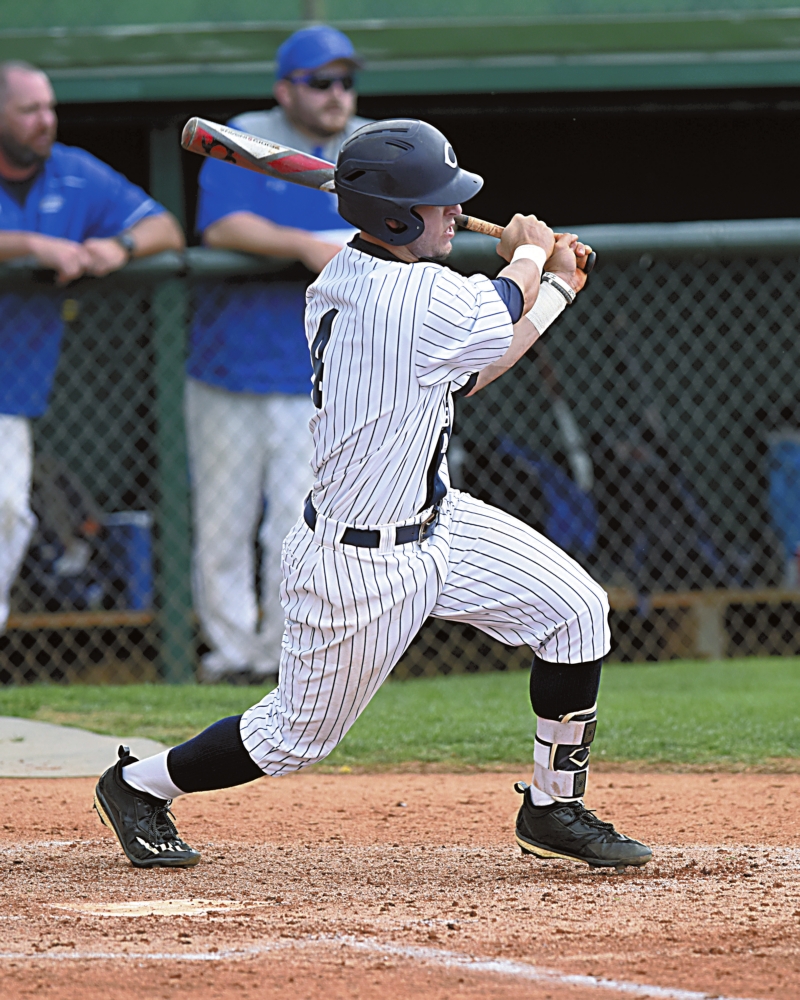 Wayne Hinshaw/for the Salisbury Post ... Catawba’s Luke Setzer, shown during last Saturday’s game against Brevard, hit a homer to lead the Indians past Carson-Newman, 11-2, at the SAC Tournament on Friday.

KODAK, Tenn. — The Catawba Indians entered the South Atlantic Conference Tournament tied for first place in Division II with 80 home runs and ranked in the top five in runs and batting average.

The Indians can hit, even when they’re away from Newman Park, and they pummeled Carson-Newman, 11-2, on Friday. Catawba blew the game open with a seven-run sixth inning that included the 16th homer of the season by SAC Player of the Year Luke Setzer. Jackson Raper’s single started the big inning.

Senior left-hander Russ Weiker pitched six strong innings and kept Catawba in front until the bats heated up. Weiker allowed only one hit in the first five innings.

Top-seeded Catawba (36-12) plays today in the double-elimination tournament against Newberry at 3:45 p.m.

Catawba pounded 17 hits, with Zac Almond collecting four and Chance Bowden and Bryce Fowler getting three each. Kyle Smith and Raper had two apiece. Bowden drove in three runs. Setzer, Fowler and Malachi Hanes drove in two runs each against the seventh-seeded Eagles (26-23).

Ranked 20th nationally, Catawba jumped out to a 2-0 lead in the first inning, stringing together four straight two-out hits by Almond, Smith, Bowden and  Fowler.

Carson-Newman made some noise in the eighth, loading the bases with one out. Clay Young came on to get a popup and lineout to keep the lead at 10 runs. He tossed a scoreless eighth before giving way to Ryan Kahny for the ninth.