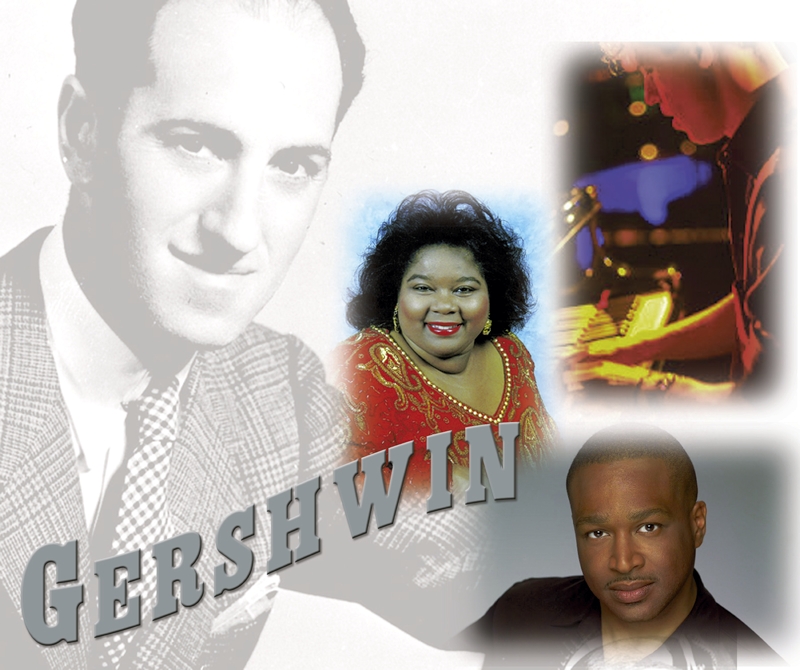 The Salisbury Symphony Orchestra promises an evening of music by George Gershwin that ensures this pops concert will end a season of celebrations with a flourish! Scheduled for Saturday, May 13, the concert will be in Varick Auditorium at Livingstone College, beginning at 7:30 p.m. Featured are pianist Nate Beversluis and singers Teresa Moore-Mitchell and Leonard Rowe and Gershwin favorites: the Piano Concerto in F, Cuban Overture, and songs by the composer.

Nate Beversluis is a New York City based conductor, pianist and composer, active in multiple genres. He has played and conducted opera, musical theatre, jazz, pops and symphonic concerts. He began his conducting career with the Greensboro Symphony Orchestra where he developed his own brand of riotously entertaining education and pops concerts for children and families. His compositions have won awards from ASCAP and BMI, and he enjoys creating unique contemporary arrangements of American songbook classics for jazz artists. Nate loves working with young orchestras; as Music Director of the Greensboro Symphony Youth Orchestra, he and the GSYO recently recorded “Taking It Home,” an album of American and North Carolina-oriented music, featuring Nate as pianist and conductor in Gershwin’s Rhapsody in Blue. A native of Indianapolis, Nate holds degrees in Jazz Studies from Indiana University and from CCM in Orchestral Conducting.

Teresa Moore-Mitchell, soprano, is well-known here and abroad for her incredible voice. She has sung opera as well as musical theatre and has performed numerous times at Carnegie Hall and at Lincoln Center. Theatrical performances include performing for Dr. Maya Angelou’s opening of “And Still I Rise” and the role of “Marian Anderson” for the Mahalia: Queen of Gospel show during the National Black Theatre Festival. A teacher, too, she coaches students at both Catawba College and Livingstone College as well as private students.

Leonard Rowe may be remembered for his deep baritone when the Salisbury Symphony presented “Carmina Burana” three years ago. Leonard sang the role of Jake on the World Premiere Recording of Porgy and Bess released in September 2006. A native of Fredericksburg, Va. and a graduate of NC School of the Arts, Leonard has sung opera all over the world.

Both Teresa and Leonard will sing selections from Porgy & Bess.

The Warrens – Jeffery, Melissa, and Jordan – are our Concert Sponsors; be sure to thank them when you see them! Tickets are on sale now and may be purchased at any of the Ticket Outlets in advance (Crescent Pharmacy in Rockwell, Pinocchio’s in Spencer, Sidewalk Deli and Visitors Bureau in Salisbury), by calling the Symphony office at 704-637-4314, or visiting  www.salisburysymphony.org