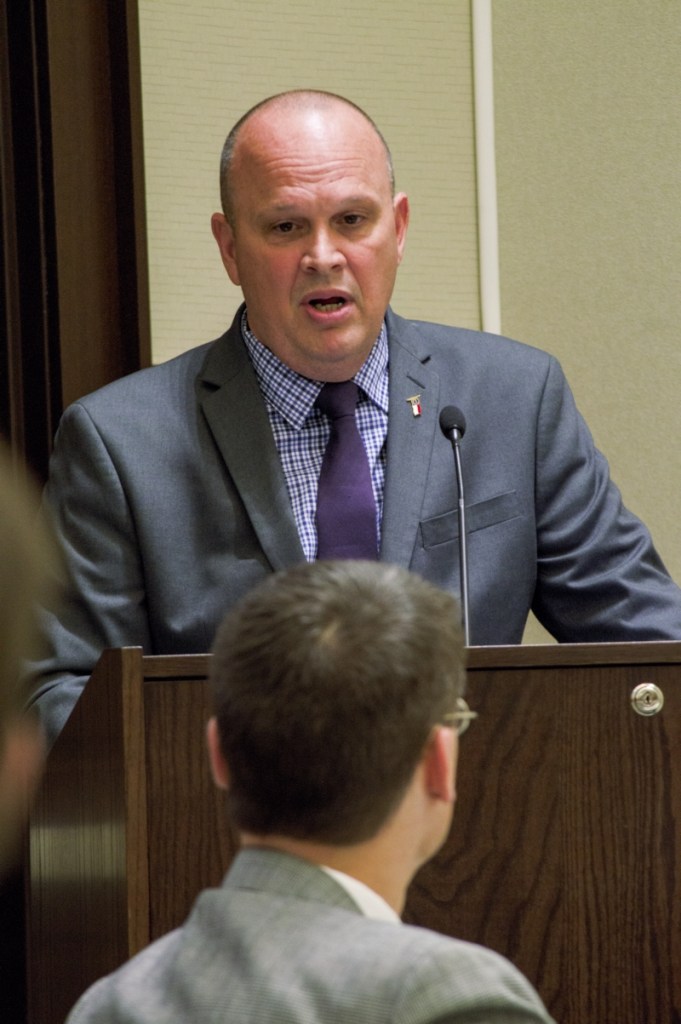 Trogdon spoke to members of the Cabarrus-Rowan Metropolitan Planning Organization at Kannapolis City Hall. He became transportation secretary in January after an appointment by Gov. Roy Cooper.

His job history includes stints as the agency’s chief operating officer and the Division 4 engineer. He retired from the DOT in 2013.

Between his retirement and appointment as DOT secretary, Trogdon said, he had the chance to travel around the country for various jobs and witness transportation problems and solutions.

“I can tell you, there’s no new challenges and there’s very few new solutions,” he said. “It’s how people work together to identify what’s best for us. Let’s just get it done.”

In his Wednesday speech, Trogdon offered a lengthy list of priorities and goals.

Trogdon said his first priority is completing road projects faster with cash on hand and building a case for how to address future transportation problems. Some of the improved speed of road projects will require staff at division levels to take on new responsibilities.

“You know, projects funded in the (State Transportation Improvement Plan) make everyone feel good,” Trogdon said. “However, they don’t mean anything to the state until they’re open to traffic. So that’s our objective — how do we keep our economy moving, keep providing the opportunities for the folks that are coming here by getting these projects on the ground rapidly?”

Asked later, he said cost will not be a challenge in accelerating existing road projects.

For other projects, however, Trogdon said he will approach state legislators later this year to discuss the possibility of passing a bond package. He wouldn’t say the exact amount he’d propose. During his speech, he called it “a three- to five-year, innovative financing” package.

A second priority for Trogdon includes further improving the state’s mobility by using data that currently goes unused. As an example, he said the state is able to measure interstate travel time in five-minute increments. That data can be used to identify additional needs, he said.

“I see too many locations across the state where we’ve have vegetation growing in front of signs, covering up guardrail and no one knows until they pull off of the road and run into it,” he said. “That’s not a good strategy to serve our citizens.”

There are other, important reasons to improve the appearance of public roads, he said.

Trogdon said he wants to focus on how the state prepares for future technology, such as self-driving cars. In January, Interstate 540 Triangle Expressway received approval as a testing site for self-driving cars.

He said self-driving cars will change communities, lower the cost of transportation, eliminate fatal accidents caused by human error and reduce the need for people to own a personal vehicle.

“You can order your vehicle service with your smartphone and not be required to own a personal vehicle moving forward in the future,” he said. “You might say ‘Jim, that’s great. You should work on that, but I won’t see it in my lifetime.’ … All of the vehicle manufacturers have plans to have that technology coming to market by 2021 and with tractor-trailers fully autonomous by 2024.”

Future technologies will also come with challenges, he said. When the use of electric cars becomes widespread, it could significantly reduce the amount of money North Carolina government generates from its motor vehicles tax. Trogdon called it a “failing revenue source.”

He didn’t state a specific way to replace revenue from the gas tax. He said the state will need to replace the tax with a broad range of revenue sources.