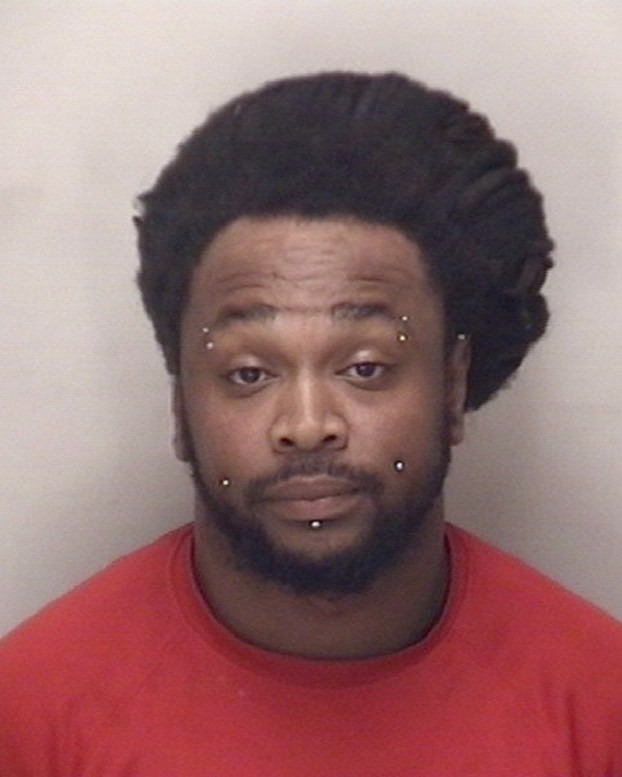 SALISBURY — A man whom police have been searching for since February after he left his child in a car to work out at a gym has done it again, police officials say.

Geoffrey Kevin Robeson, 30, whose address is given as the 400 block of South Timber Drive, Nashville, was charged with misdemeanor child abuse. Robeson, also known as Geoffrey Roberson and Keiyenne Mynx Hijin, also faces charges in the latest incident.

On Tuesday, police responded to Cloninger Ford, 511 S. Jake Alexander Blvd., after reports of a person there who had outstanding warrants. While en route to the automotive business, officers were informed that a child was left inside a car, said police Capt. Shelia Lingle.

The owner of the Mercury Mountaineer was at the dealership for repairs to the car. When police arrived, an 18-month-old girl was still inside the car.

Police noted that a child’s potty was in the seat beside her with feces inside. The officer went inside to get Robeson, who was arrested and taken to the Rowan County Magistrate’s Office. The child’s mother came to get the her. Robeson gave a written promise to appear in court. By the time another officer arrived to process the latest warrant, Robeson was gone.

About two and a half months ago, police responded to the Planet Fitness gym parking lot, 710 W. Jake Alexander Blvd., after a woman reported that she found a child strapped in a car seat in the vehicle.

The woman told police she heard the child crying, went to a door and found it unlocked with the keys inside. She said the vehicle, a Mountaineer, had been there at least an hour because it was parked there when she went inside to work out and was still there when she left.

The car was unlocked and the windows were partially rolled down, she said.

Gym staff members recognized the vehicle and found the owner. The man told police he had been in the gym about 15 to 20 minutes. Police contacted the child’s mother, who was at work.

Police had been looking for Robeson since that Feb. 3 incident at Planet Fitness. Police are now looking for him again.

The Rowan County Department of Social Services has been contacted as well. Robeson is expected in court June 6.

Anyone with information about the whereabouts of Geoffrey Robeson, aka Keiyenne Mynx Hijin, is asked to contact the Salisbury Police Department at 704-638-5333, Salisbury-Rowan CrimeStoppers at 866-639-5245 or online at tips.salisburyrowancrimestoppers.org to leave an anonymous tip.

Rowan weather: Warming up, drying out

It’s still rather damp out there, and we’ll see some patchy fog before 10 a.m. It will become mostly sunny,... read more