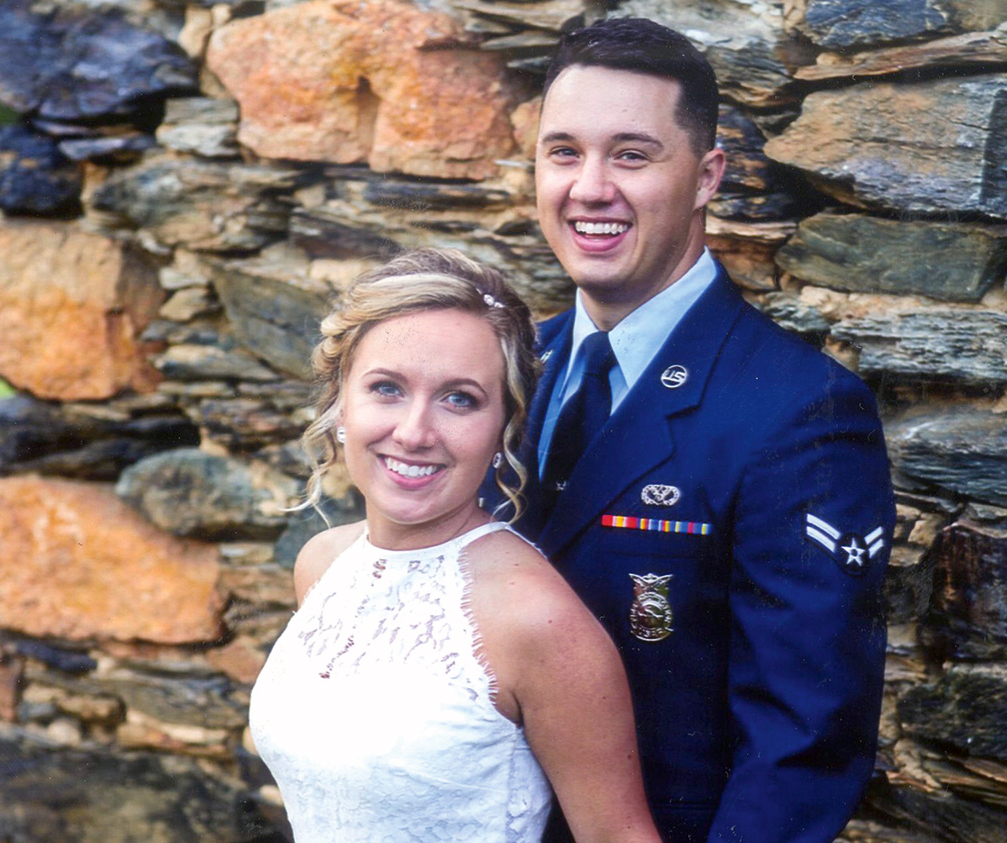 Abby Victoria Robinson and John Elliott Hinson of Salisbury were united in marriage March 25, 2017 at Gold Hill United Methodist Church, Gold Hill. The Rev. Charlie Littlejohn officiated the 6:30 p.m. ceremony.
Abby was escorted by her father, Robert Robinson.
Best man was John Hinson, father of the groom.
The bride is the daughter of Robert and Yvette Robinson of Salisbury, and the granddaughter of JT and Betty Edwards of Matthews and Norris and the late Juanita Wyatt of Kannapolis. A January 2017 graduate of Jesse C. Carson High School, Abby is employed with Busby and Webb Orthodontics.
The groom is the son of John and Angela Hinson of Salisbury, and the grandson of Jim and Brenda Basinger and the late Jesse and Edna Simmons of China Grove and the late Edward Helms of Kannapolis. A 2010 graduate of Jesse C. Carson High School, John attended Rowan County Community College and Stanly County Community College. John is serving in the United States Air Force.
The couple are making their home on Shaw Air Force Base in Sumter, S.C.