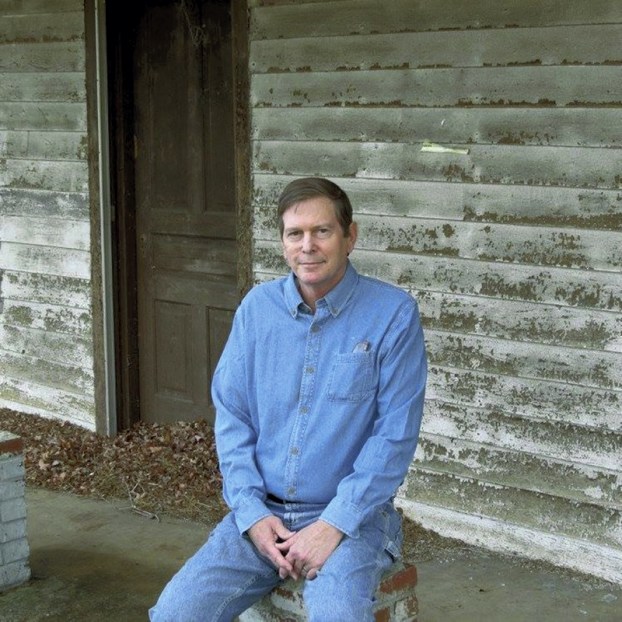 Submitted photo Baseball fan, poet and author Tim Peeler will talk about his passion for the game at the annual Friends of Rowan Public Library meeting on April 25.

SALISBURY – With lyrical phrasing and vivid imagery, Tim Peeler’s work resonates, calling forth scenes of a changing Piedmont and recording the history of what many consider an American institution: baseball.

For Peeler, “There are few activities more rewarding than research and discovery, connecting and preserving stories.” His work reflects this belief, blending the personal, the reflective, and the historical. “There is nothing like sitting down with an old player, turning on the tape recorder, and hearing his story,” Peeler notes. “And, I might add, that they are dying off much too fast, their stories often going with them.”

Some of these stories are memorialized in Peeler’s recent poetry collection, “Wild in the Strike Zone.” Published last year, the collection was a finalist for the 2015 CASEY Award for Best Baseball Book of the Year, an award sponsored by Spitball: The Literary Baseball Magazine.

On April 25, Peeler will read poems from “Wild in the Strike Zone” at the Friends of Rowan Public Library’s annual meeting. He’ll also share stories and slides focusing on the Outlaw Independent Carolina Baseball League that played throughout the Piedmont in the 1930s.

Peeler’s interest in baseball is lifelong. He experienced what he calls a “baseball childhood” where he, his brother, and other children in the neighborhood “played every chance (they) got, whether pick-up games or organized ones.” His dad coached the group “in Little League and beyond. He was a Lutheran minister and considered this part of his ministry. Four of the kids that he coached in Little League later became ministers themselves.”

Though Peeler stopped playing the game during high school, he never lost his enthusiasm as a fan. “Later, when I began writing, I discovered that there was such a thing as baseball literature, and I have done my best to add what I can do that genre… (Baseball) has been a deep well, and one that I have often revisited,” he says.

That well shows no signs of running dry, and Peeler continues to work with coaches and players of local and regional baseball history, recording their stories and gathering details.

Peeler finds inspiration in other regional histories, too, including Burke County’s Henry River Mill Village. The focus of his 2015 collection, “Henry River: An American Ruin,” the village first captured Peeler’s imagination a long time ago. He recalls, “The first time I remember seeing that little community was from the back of an activity bus, headed toward a baseball game that I was to pitch. The mill hill was still such a beautiful, pastoral setting in the early ‘70s that it immediately stirred my imagination. Much later, I married a woman who grew up on a small farm less than a mile away, the place we now live, and I pass by the ruins of the mill hill each day.”

Currently, Peeler is working on a second book about Henry River, this time collaborating with photographer Clayton Joe Young. The mill village isn’t just a relic of a bygone era, though. Since serving as the setting for District 12 in 2012’s film “The Hunger Games,” Henry River has been a popular visitors’ spot. Some are there to experience the historicity, but others’ motives are not so noble, and vandalism has been an issue.

While Peeler’s work focuses on “the historical mill community and the lives shared there…the impact of Lionsgate and (“The Hunger Games”) cannot be denied.” To that end, Peeler and Young have titled their book “We See What We Wanna See,” a line “from graffiti in one of the mill houses.”

For many, finding inspiration to write is a challenge. This isn’t true for Peeler, who remains very inspired, “though the circle of inspiration does seem to be shrinking as the action in three of my last four books has mostly taken place within two miles of where I live.” No matter the setting, Peeler wants “to give a voice to the overlooked among us and to capture the dialect and scenery that I hear and see every day.”

Peeler also draws inspiration from the athletes and coaches he works with. Currently, Peeler directs the Learning Assistance Program at Catawba Valley Community College, where he’s worked for 25 years. “Our area provides academic support for athletic programs,” he explains, “so I am constantly in touch with athletes and coaches … most people don’t know what kind of commitment it takes to be a student-athlete or to coach them.”

After inspiration has been drawn and words polished into publishable shape, it’s time to interact with readers – which can be challenging for some writers. Peeler, however, enjoys this time. “It’s always fun when you get the opportunity to share your work and meet audiences and readers, mainly because the hard part, the actual writing, has been done.”

Peeler has read his work at a variety of platforms, from bookstore readings to the Great Fenway Park Writers Series in Boston.

His upcoming visit to Salisbury, to read at the Friends of RPL’s Annual Meeting, comes with the additional perk of fond nostalgia. “It’s also always nice to get to Rowan County because that’s where my people are from (Peeler Road off I-85), and there is a strong sports and baseball tradition there,” Peeler explains.

The Friends of RPL Annual Meeting is open to the public and will be held in the Stanback Auditorium at RPL Headquarters in Salisbury. The program begins at 7 p.m., and doors open at 6:30 p.m. A reception will follow in the Hurley Room. A selection of Peeler’s work will also be available for purchase. For more information about the event, call 704-216-8240 or visit www.rowanpubliclibrary.org. To learn more about Peeler and his work, visit his author page on Amazon.

Windshield Wipe Somewhere in my early teens I remember hearing something to the effect that each day of our lives... read more