Salisbury is blanked by West Davidson 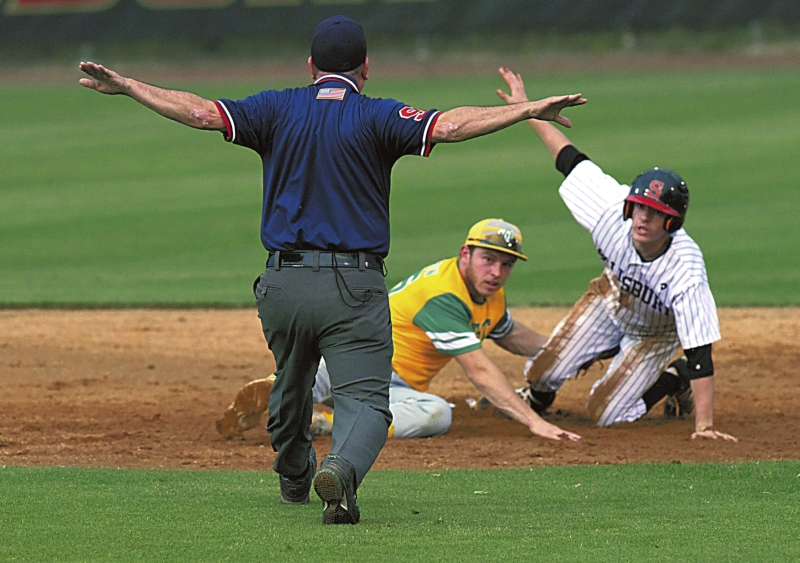 SALISBURY — All Salisbury’s baseball team did over spring break was apply its spring brakes.

“We thought we had a chance in this league,” coach Mike Herndon said after Salisbury (11-9, 5-3) yielded five unearned runs and lost to the conference-leading Dragons for the second time in four days. “Now we don’t. We were looking forward to this week, but we kicked it around and gave them a lot of extra chances. They were better than us this week, that’s for sure.”

West (15-5, 8-0) — which trounced the Hornets 14-2 on Tuesday — rode the deceptive right arm of winning pitcher Chris Mauck, a senior who shackled Salisbury’s offense in a complete-game 2-hitter.

“Chris is a competitor,” winning coach Jason Lemley said after Mauck won his sixth game. “He throws fastballs for strikes and uses his other pitches to get groundouts. We always have a chance when he’s on the mound.”

Mauck pitched with precision and attitude. He threw first-pitch strikes to 18 of 25 Salisbury batters, induced 11 groundouts, struck out six and walked none.

“I was well-rested,” he said after a suitable-for-framing, 90-pitch effort. “And throwing from all three arm slots. The main thing for me was getting ahead, throwing strike one. That was my focus.”

Salisbury junior Joe Steinman matched Mauck zero-for-zero for three innings. But the right-hander tired in the fourth, got hammered in the fifth and was lifted after West put its first two batters on base in the top of the sixth.

“Over the first three innings, I was throwing strikes,” Steinman said. “Then I kind of got winded and it was the domino effect. Everyone seemed to get down.”

Steinman allowed five runs — three of them earned — and seven hits in five-plus innings. He issued a bases-loaded walk to No. 9 hitter Drew Wright in the fourth that produced the game’s first run. Then in the fifth, Doulton Anderson pounded an 0-1 pitch into the trees beyond the left-field fence for a leadoff homer.

“I put it a little bit too high in the strike zone,” Steinman said. “And he tanked it.”

Two infield errors and a Cason Fowler single later, it was 3-0.

“They’re a good team. You can’t just give them runs,” Herndon lamented. “They swung the bats, took good approaches and hit some balls hard. Against a team like that you’ve got to make plays.”

No one had a better offensive night than Fowler. The senior DH — a converted catcher — went 4-for-5 with a pair of two-run singles and extended his hitting streak to 18 games.

“When we put him in the DH position, it took a lot of pressure off him defensively,” said Lemley. “He keeps responding for us.”

Fowler opted to share the credit with his teammates. “We’re hot. We’re firing on all cylinders,” he said. “Everybody on the team has found a role. Nobody’s trying to do too much.”

West salted the game away with five more runs in the last two innings. Four were unearned, including three against SHS reliever Hut Smith in the top of the seventh. The game ended when Mauck snapped off a 12-to-6 curveball that caught Salisbury’s Zach Robinette looking.

NOTES: Steinman and Will Taylor had back-to-back singles for the Hornets in the bottom of the second. … Salisbury was 0-for-7 with runners in scoring position. … Mauck retired 15 of 16 batters during one stretch between second and seventh innings. … SHS completes its regular season next week with two games against North Rowan — Tuesday at Robertson Stadium and Friday at North.