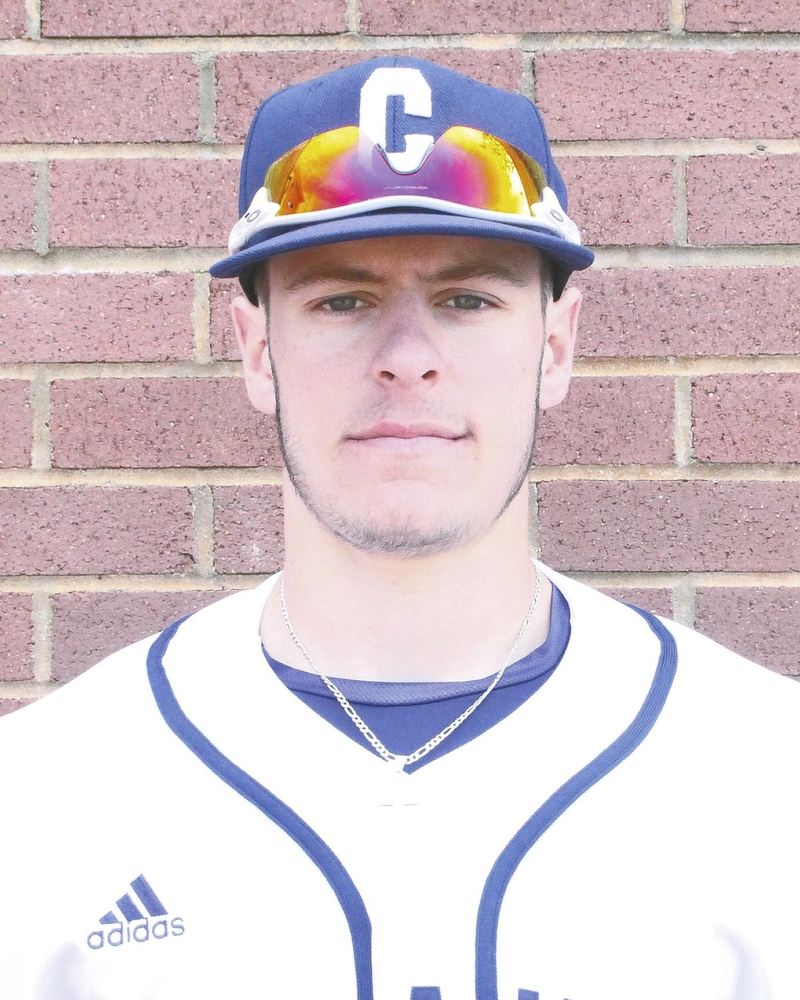 SALISBURY — Needing a double to hit for the cycle, Catawba’s Luke Setzer struck out swinging with the bases loaded in the eighth inning of Friday’s 14-0 South Atlantic Conference romp against Brevard.

“I just gave that at-bat away,” Setzer said with disgust. “He surprised me with a fastball on the first pitch that was a little firmer than I expected. Then I sped the at-bat up, swung at pitches out of the zone.”

It may have been the first ugly at-bat for Setzer since April 1. Since he was fooled a few times on April Fools Day and went 0-for-5, Setzer, who had a walk to go with his homer, triple and single and scored four runs in Catawba’s latest adventure at Newman Park, has produced at least one hit in 13 straight games.

The junior outfielder from East Rowan High has produced a season that’s traveled beyond outstanding. It’s become astounding. He’s had 28 hits in those last 13 games, scoring 17 runs and driving in 16 out of the leadoff spot.

Will Albertson, a 2016 draft pick and one of the best hitters in Catawba history, put up the following numbers last season: .404 batting average, 15 homers, 64 runs scored.

In other words, “Hot Hand Luke” has performed a convincing impression of Albertson.

“I talked to Will during the season, asked for his advice on how I could keep it going after I got off to that good start,” Setzer said. “He told me it was important not to get caught up in the numbers. He told me to keep being a scrappy ballplayer and just to try to do my job every game. I’ve gone out there to my job, one at-bat at a time, and things have worked out great for me.”

While Setzer has been the ringleader, Catawba’s lineup presents no  breathers for opposing pitching staffs. All nine of Friday’s starters are batting over .300.

“That’s been a key to the season I’ve had,” Setzer said. “Guys keep giving me chances to be successful.”

Brevard is making a transition from Division II to Division III (no athletic scholarships) and fought an uphill battle against a Catawba team that ranks third nationally in homers (73) and fifth in runs per game.

“He was getting better as the night went on,” Gantt said. “He wanted to go back out there for the eighth, but he’d thrown 94 pitches.”

Fowler’s two-run single to right capped a four-run first inning that gave Shepherd all the runs he needed.

“We got the early lead and I was just trying to fill up the strike zone after that,” Shepherd said. “I got a lot of popups by throwing changeups when guys were looking to ambush first-pitch fastballs. The changeup was my best pitch tonight and I was able to stay pretty consistent with everything.”

Setzer’s two-run homer in the second made it 6-0. After three, it was 8-0, and pretty much over, although Catawba kept on hitting. Setzer just missed another homer when he lined a triple off the center-field wall in the fifth. That was the largest blow in a five-run inning.

“It’s been a lot fun,” Shepherd said. “And now we’re getting to the best time of year.”

The only bad news for Catawba was another Lincoln Memorial win. The Railsplitters ripped  Anderson, 20-3, to stay tied for first with the Indians on the regular season’s final weekend.

NOTES: Catawba will play a doubleheader with Brevard today at Newman Park. First pitch will be at noon (moved up from 1 p.m.). That’s due to the threat of rain. The 1992 team, the only team in SAC history to go undefeated in conference play in a regular season (21-0), will be honored between games of the twin bill. … South Rowan product Parker Hubbard had one of the hits for Brevard, and Kyle Morrison, son of former Catawba assistant AD Brian Morrison, had a double for the Tornados.