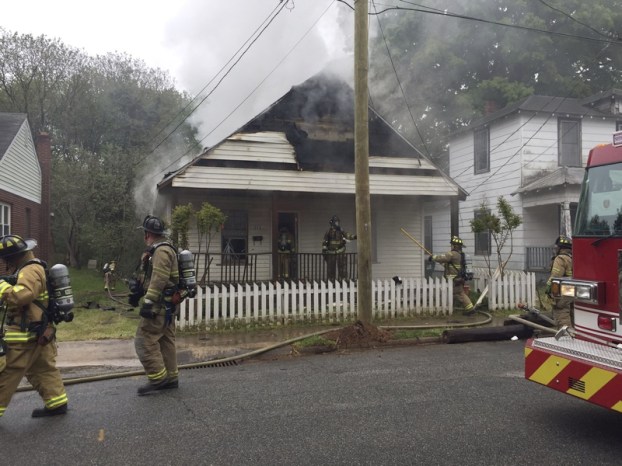 Multiple fire departments responded Wednesday afternoon to a vacant house fire at 213 S. Shaver St. in the Brooklyn South Square neighborhood. This is the third vacant house fire in a week. Photo by Salisbury Fire Department

Firefighters respond to third vacant house fire in a week

SALISBURY — Fire officials say a Wednesday fire at a vacant home at 213 S. Shaver St. in the Brooklyn South Square neighborhood is suspicious.

It’s the third vacant house fire in a week.

Two fires last week, one Wednesday at 9 Cooper St. and the other Thursday at 1512 Stokes Ferry Road, also were deemed suspicious.

Officials said that part of the roof collapsed at the Shaver Street home. The fire was reported about 3:30 p.m. and was under control just before 5 p.m.

Salisbury Fire Department Battalion Chief Jay Baker said when firefighters arrived, flames were visible. Firefighters battled the fire from the outside, then moved to the interior.

No injuries were reported. The Salisbury City Fire Marshal’s Office is investigating.

Salisbury Fire Marshal Terry Smith said investigators don’t believe those two fires are connected because the two homes are not close. The Stokes Ferry Road home had been vacant but was recently sold. The new owner had begun renovations. The Cooper Street home had been vacant for a number of years.

By Josh Bergeron josh.bergeron@salisburypost.com SALISBURY — The Rowan County Board of Commissioners wants its money back. In a resolution approved... read more