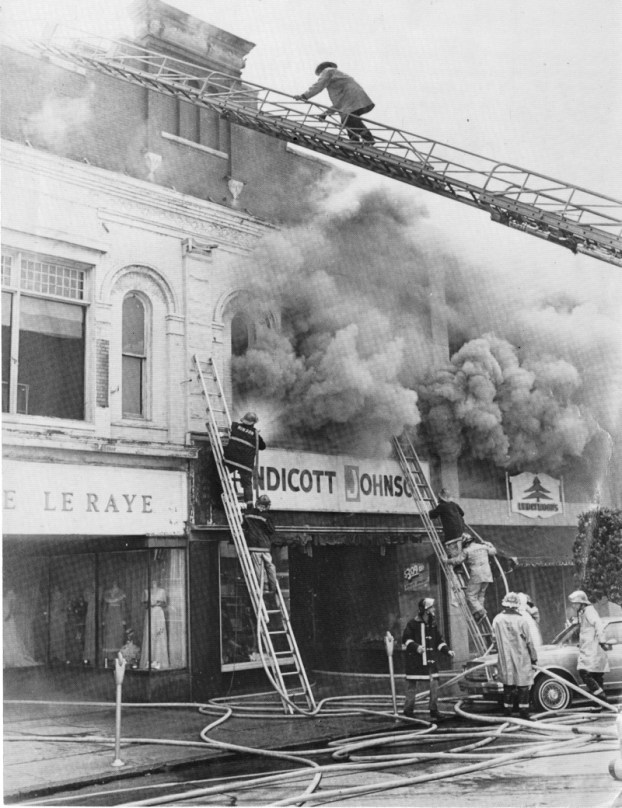 Yesterday: The Endicott Johnson fire of 1980

This photo from the Salisbury Post files shows  firemen battling the smoke and flames coming from the Endicott Johnson shoe store at 123 S. Main St. on Aug. 27, 1980. The fire, first reported at 11:55 a.m., was a tough one to handle. Heavy smoke blanketed more than a block of South Main Street where hundreds of onlookers were standing. The hot August temperatures, fatigue, smoke and heat from the fire led to the collapse of seven firemen. The fire was contained to the shoe store, but Underwood’s dress shop next door was heavily damaged by smoke and water. At the time, it was the biggest downtown fire since the Belk fire in 1977, and it came a day after another two-alarm fire gutted the 1896 Fire House restaurant on South Lee Street.