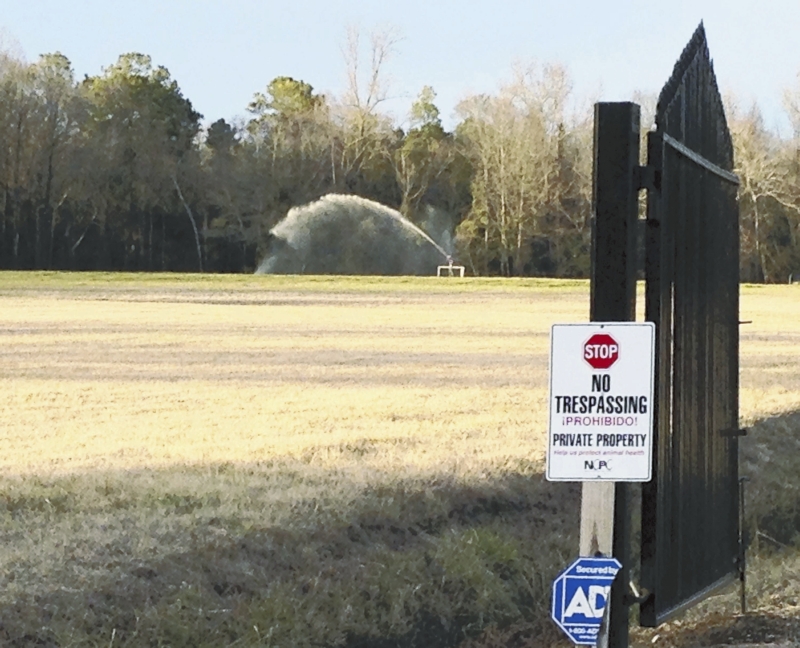 In this Jan. 29, 2015 photo, a sprayer soaks a field with liquefied manure and urine from a large-scale hog farm in Duplin County, N.C. North Carolina legislators are moving to undercut lawsuits accusing subsidiaries of the world's largest pork producer of creating unlivable nuisances with how they store and spray animal waste on nearby fields. AP photo/Emery Dalesio

SALISBURY — Hundreds of local land parcels could be affected by a proposed law to limit financial damages in certain kinds of nuisance lawsuits, according to a report released Monday.

The report found 448 residential parcels within a half mile of concentrated animal feeding operations — defined by the Environmental Protection Agency as properties that confine animals for more than 45 days a year, do not contain sustained vegetation and meet size thresholds. The report found 61,664 such properties across North Carolina.

Properties near animal feeding operations such as swine or poultry farms could be affected by a proposed state law to cap the financial reward for agriculture- and forestry-related nuisance lawsuits. Such a lawsuit could arise if neighbors find animal odors objectionable, for example.

The proposed state law, contained in two bills moving through the state legislature, would affect future lawsuits against agriculture or farming operations. Rowan County’s state legislators have expressed support for the bills.

State Sen. Andrew Brock, R-Mocksville, said people should expect to see farms in rural areas. Brock said nuisance lawsuits cause farmers to spend more time in the courtroom than on the farm.

Brock is a co-sponsor of a version of the bill in the state Senate. Rep. Carl Ford, R-China Grove, said many of his constituents asked him to support the bill. Ford voted in favor of it when it was passed by the state House.

The Senate version of the bill is Senate Bill 460. The House version is House Bill 467.

Reduced air quality and noxious odors could spread for 3 miles or farther, which could lead to even more land and people affected by the law, the study says. Parcels within a 3-mile radius were not included in Monday’s study. The Environmental Working Group also did not include parcels near agriculture and forestry businesses other than concentrated animal feeding operations.

Duplin County, in eastern North Carolina, which has numerous turkey farms, would be most affected by the proposed law. Union County, southeast of Charlotte, would be the second-most affected county, again because of poultry production. Alexander County, just west of Iredell, is in the top three with high poultry production. Iredell County, with many dairy and beef operations, is in the top 10. 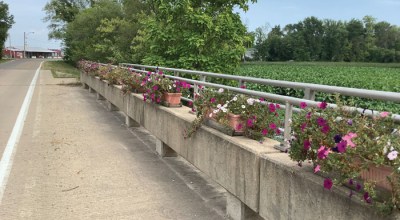