Pittman, Starrett are swimming coaches of the year 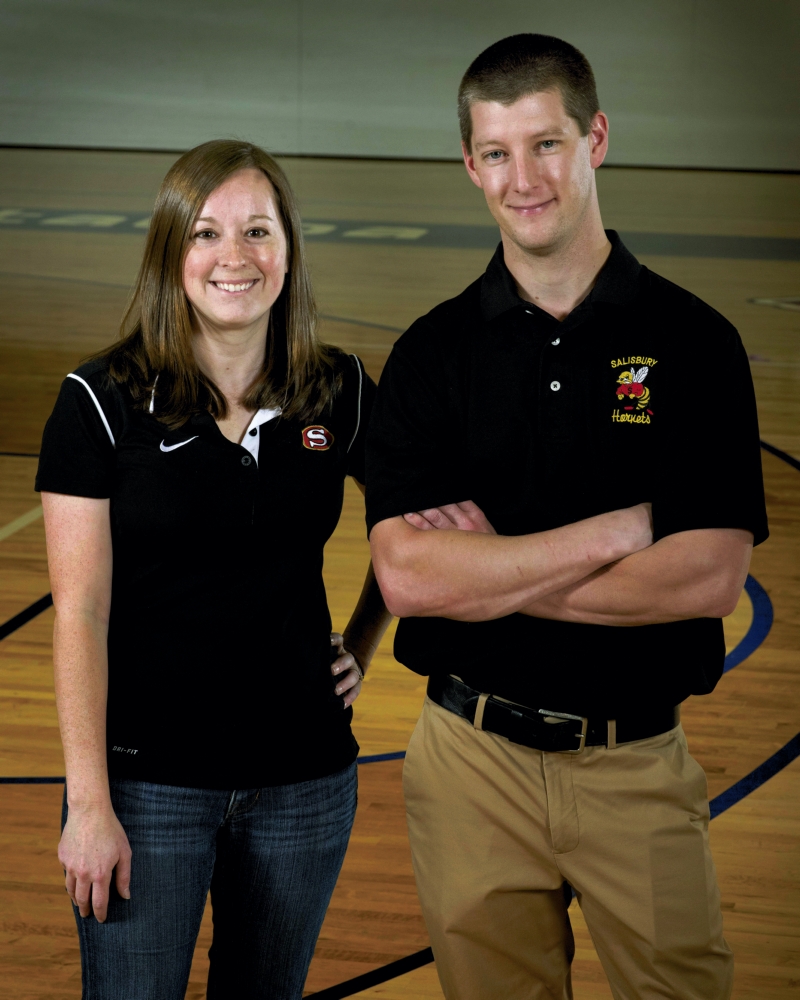 SALISBURY — Sallie Pittman will be the first to tell you that she doesn’t know everything there is to know about swimming.

But Pittman, an exceptional math teacher and coach (swimming and cross country) at Salisbury High School, does know how to lead student athletes.

Along with boys swimming coach Ryan Starrett, the two led the Hornets to a sweep of the Rowan County championships in January. The two are the Salisbury Post’s all-county swim coaches of the year.

Under Starrett, the Salisbury boys won their first county title since 1998.

“You can get those first places, but it’s also important to fill every position, and we were fortunate to have three swimmers in all but a few events,” Starrett said after the county meet. “We have only 21 swimmers (that’s boys and girls combined), and that  means all our swimmers have to be diverse and swim in a lot of events.”

For several years, Starrett had the Salisbury teams all by himself while Pittman had the same duty at North Rowan.

Together, they make quite a dynamic duo.

“It’s fun working with Ryan because at North, I really never had any help with swimming and Ryan was in kind of the same boat at Salisbury,” added Pittman. “And we have known each other since elementary school and even swam together in high school for two years at North, before he transferred to Salisbury.

“It’s nice to work with him and have someone who enjoys swimming along side you,” continued Pittman. “That helps us as a team, too, because we’re able to not so much split up the team by boys and girls, but by stronger swimmer and weaker swimmers. That way, you’re pushing the stronger ones and helping the others with techniques and endurance.”

Pittman surely learned some things along the way from her father, Rowan County Hall of Famer Bob Hundley, who coached nearly everything at North Rowan during his long career.

“From sport to sport, the part of coaching that people might sometime not realize is not so much your knowledge of the specific sport, but being able to push kids to work hard and do the right thing all the time —holding them accountable” said Pittman. “At North, I even pulled a stint as soccer coach and I’ve never played soccer. But you can take certain core fundamental things from coaching and kind of relate them to any sport.

“You may not be an expert in everything, but you kind of figure it out along the way,” continued Pittman. “It’s enjoyable to work with different groups of kids, who play different sports. And as a classroom teacher too, I’ve always thought that coaching makes you a better teacher, because it helps you build relationships with the kids.”

“A lot of swimmers took my calculus classes this year, so they got a double-dose of me,” laughed Pittman. “Mary and Keegan are probably tired of me — they’ve had me all year long, as a teacher and in cross country and swimming.”