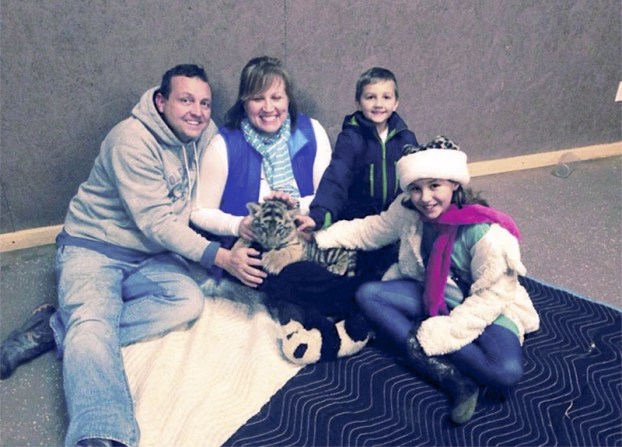 David and Christine Gilley and their children, Jack and Grace, of Rowan County were all killed in a traffic accident in West Virginia on Friday.

By Elizabeth Cook and Mark Wineka

SALISBURY — Four members of a Rowan County family died Thursday after an out-of-control tractor-trailer crossed the median of Interstate 77 in West Virginia and crashed into their vehicle.

David Gilley and his wife, Christine, and their children, Jack and Grace, were all killed, according to an email sent Friday from Bostian Elementary School, where Jack was a fourth-grader.

Grace Gilley attended Salisbury Academy, which will hold a 6;30 p.m. candlelight vigil for the Gilley family Monday. Bostian Elementary students and parents have been invited to that vigil.

“This is a huge shock to Mr. (Barry) Rymer, Mrs. (Katie) Efird and myself,” Bostian Elementary fourth-grade social studies and science teacher Amy Vedeikis said in an email to families. “We will help each other and our students as we struggle through this loss.

“Our crisis intervention team of counselors, through the Student Services Department, will be available when we return from spring break to be there for our students, staff and families.”

Reports said the family was headed to Ohio to visit family members over the children’s spring break.

Mercer County Emergency Management Director Tim Farley said the crash happened on I-77 near Mile Marker 22 in Camp Creek, West Virginia, about 5:30 p.m. Thursday, according to the Bluefield Daily Telegraph.

The southbound tractor-trailer lost control, crossed the median and crashed into the Gilleys’ SUV in the northbound lane. The tractor-trailer then rolled over and caught fire, according to published reports.

The driver of the tractor-trailer, which was carrying canned goods, was airlifted to Charleston Area Medical Center.

Two of the three northbound lanes of I-77 were closed for a considerable time after the accident.

“Please keep Jack’s family, friends, peers and the rest of the Bostian (Elementary) family in your thoughts and prayers,” Vedeikis wrote in her email.

The identities of the family members were not released by West Virginia news outlets Thursday and early Friday until next of kin could be contacted.

On the fence: Preservation Commission not wild about St. Luke’s proposed ‘corral’