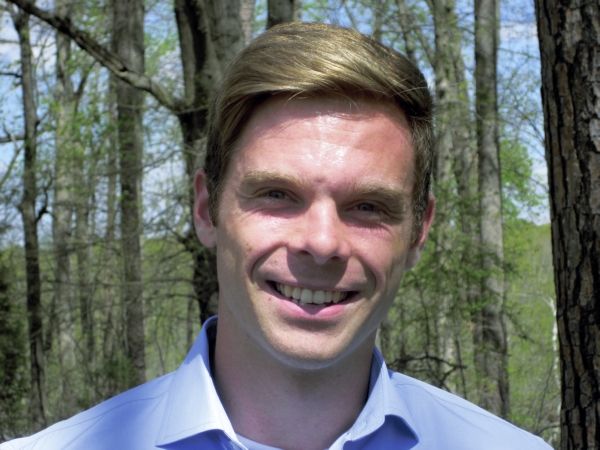 SALISBURY — When Brad Smethurst graduates from Catawba College next month, he’ll leave campus with two things: his diploma and a job.

The Toronto area native is headed north, back across the border, to take an associate position in the Assurance Group of PricewaterhouseCoopers.

Smethurst was recruited by Catawba on a tennis scholarship and has been a four-year varsity athlete while he pursued a degree in accounting with a double minor in information systems and in French language and culture. His plans are to join three others in his family, including his parents and brother, in careers as a CPA.

“One of the big pros for heading back home to Oakville is that I will be working only 10 minutes from my parents’ house, and I get to spend time with my family, including my nephew, who is 3, and my new niece,” Smethurst said.

Smethurst calls his new job “my dream job to start my career with one of the best accounting firms in the world.”

While he’s working, he will be taking courses to satisfy academic prerequisites for the beginning of the CPA course of study. After those courses are completed, he can begin the process of obtaining his CPA license, which takes about two years to finish.

Wearing a blue, long-sleeved dress shirt and navy slacks with dress shoes, Smethurst seems prepared for the professonal world he will join after graduation on May 13.

He had other options besides the job back home, including being a fellowship finalist in N.C. State University’s master of accountancy program. If he had decided to stay in North Carolina, he would have been guaranteed one semester’s tuition in the MAC program, have gone through the fellowship interview process, and perhaps would have found one of the top accounting firms to agree to pay the rest of his tuition and offer him a job.

“A con about NCSU was that I was going to be away from home another year and probably a couple of more years,” he said.

Smethurst had applied for a summer internship at Pricewaterhouse in Toronto, but his application was initially rejected. But thanks to a family connection, he later landed a meeting with PwC’s campus recruitment division. The woman he met with told him to resubmit his application because there were still a few positions available. He did, and ultimately received a first interview, when he was asked if he was interested in a summer internship or a full-time job. Smethurst chose the latter option and “was over the moon” when he heard the good news after two interviews — one with a manager, the other with a PwC partner.

“I’ve always found that accounting comes naturally and makes sense in my head,” he said.

Being prepared and goal-oriented also seem to come naturally for the 22-year old. He advises other students to “utilize opportunities that are presented to you” and to “look for opportunities to help yourself surpass everyone else.”

“I feel some people do the work to get by, but they don’t try to exceed everyone, be at the top of their class and stand out,” he said.  “It’s not just getting a C in the class, it’s setting your goals as high as can be and being focused right from the beginning. The earlier you understand what you want to do and where you want to go, the better.”

Smethurst credits being part of Catawba’s tennis team with helping him succeed as an undergraduate, especially one at a college so far from home.

“Being here has helped me grow as a person. I’ve had to learn self-reliance because being international, you only get to go home twice a year. It always helped me to have a good group of people around me, and I was fortunate to have great teammates who have become some of my best friends. It has taken the sting out of being away from home and away from my family.

“Professor Spencer has such belief and confidence in his students that they will achieve amazing things. It’s hard for that not to rub off on you. He’s unwavering in his belief and his support. I began talking about grad school in my sophomore year, and he was very encouraging and supportive. He always wants people to shoot for the stars and reach their maximum potential.

“Once I got to know Madame Langhorne and experience her classes, I began to enjoy it a lot more and found that I really wanted to learn the language and more about the culture. She’s fantastic.”

In addition to working and pursuing his CPA license, Smethurst says that traveling to Europe — particularly England, where his dad is from — is at the top on his list, along with traveling to France and attending the four tennis grand slams.