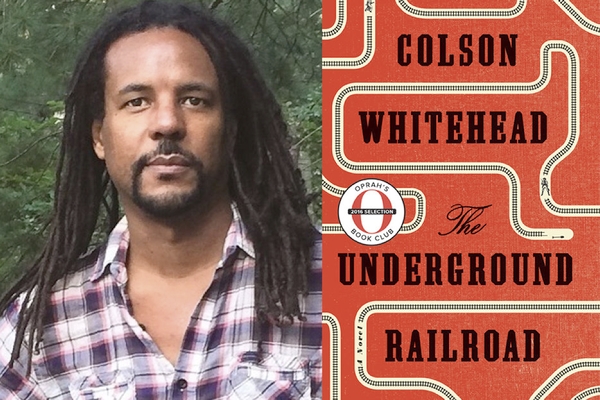 Colson Whitehead has won the Pulitzer Prize for Fiction for "The Underground Railroad."

The Pulitzer Prizes were awarded Monday in journalism, letters, drama and music.

Here are the winners from letters, drama and music:

Winner: “The Underground Railroad,” by Colson Whitehead. For a smart melding of realism and allegory that combines the violence of slavery and the drama of escape in a myth that speaks to contemporary America.

Finalists: “Imagine Me Gone,” by Adam Haslett; “The Sport of Kings,” by C. E. Morgan.

Winner: “Sweat,” by Lynn Nottage. For a nuanced yet powerful drama that reminds audiences of the stacked deck still facing workers searching for the American dream.

Finalists: “A 24-Decade History of Popular Music,” by Taylor Mac; “The Wolves,” by Sarah DeLappe.

Winner: “Blood in the Water: The Attica Prison Uprising of 1971 and Its Legacy,” by Heather Ann Thompson. For a narrative history that sets high standards for scholarly judgment and tenacity of inquiry in seeking the truth about the 1971 Attica prison riots.

Finalists: “Brothers at Arms: American Independence and the Men of France and Spain Who Saved It,” by Larrie D. Ferreiro; “New England Bound: Slavery and Colonization in Early America,” by Wendy Warren.

Winner: “The Return: Fathers, Sons and the Land in Between,” by Hisham Matar. For a first-person elegy for home and father that examines with controlled emotion the past and present of an embattled region.

Finalists: “In the Darkroom,” by Susan Faludi; “When Breath Becomes Air,” by Paul Kalanithi

Winner: “Olio,” by Tyehimba Jess. For a distinctive work that melds performance art with the deeper art of poetry to explore collective memory and challenge contemporary notions of race and identity. Matthew Desmond won the Pulitzer Prize for Nonfiction with “Evicted: Poverty and Profit in the American City.”

Winner: “Evicted: Poverty and Profit in the American City,” by Matthew Desmond. For a deeply researched exposé that showed how mass evictions after the 2008 economic crash were less a consequence than a cause of poverty.

Finalists: “In a Different Key: The Story of Autism,” by John Donvan and Caren Zucker; “The Politics of Mourning: Death and Honor in Arlington National Cemetery,” by Micki McElya.

Finalists: “Bound to the Bow,” by Ashley Fure; “Ipsa Dixit,” by Kate Soper Premiered on Jan. 6, 2016, at the Prototype Festival, 3LD Arts and Technology Center, New York City, a bold operatic work that integrates vocal and instrumental elements and a wide range of styles into a harrowing allegory for human trafficking in the modern world. Libretto by Royce Vavrek.