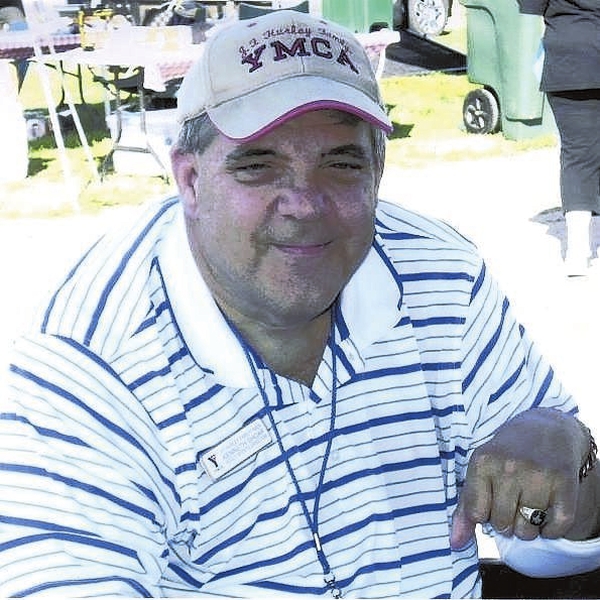 Kenneth Ray 'Kenno' Shoaf will retire after 38 years with the Salisbury YMCA.

SALISBURY — Kenneth Ray “Kenno” Shoaf, a man who has been identified with the YMCA in Salisbury for the past 38 years, will retire on May 21.
Shoaf has been wheelchair-bound since he broke his spinal cord in a swimming accident in 1973, the summer after his sophomore year at West Rowan High School.
The severe injury did not stop him from completing high school and eventually becoming youth and adult sports director at the Salisbury Y, now the Hurley Family YMCA.
Shoaf was often was seen coaching volleyball and basketball teams, overseeing the game room, running camps, refereeing volleyball, counseling after-school programs, supervising open-gym periods, finding sponsors for tournaments, keeping scorebooks, scheduling youth and adult leagues, and volunteering his time for numerous other sporting events.
Though typing was never easy for Shoaf after his accident, he sent a heart-felt email to his YMCA friends and others Wednesday. With a few changes made for clarity, here’s what the letter said:
Dear YMCA Family,
In August 1978, I came to work at the Salisbury YMCA with then-adult fitness/sports programming directors Stan Osteen, Jim Holshouser and, I believe, Coke Clark was the CEO.
(I) started in the youth center, which had two bumper pool tables with missing bumpers. The foosball table had missing legs, and the pingpong table had no net and broken paddles.
All the kids loved coming most every day. Being 21 at the time, I got along so well with the kids. It kept me young at heart. Later, I started keeping basketball scores for industrial, church and youth basketball.
I also began refereeing volleyball and weightlifting tournaments. Over the years, I worked where membership cards were checked before entering and basketballs were checked out along with towels and bars of soap. We even sold T-shirts, socks and shorts.
On May 21, 2017, after over 38 years with the YMCA — and it couldn’t have been any better —  I will be retiring.  Thank you, YMCA board of directors, staff and members. I will never forget what you did for me as a person.
I remember the doctors saying I wouldn’t live to see 40, and to be honest at that time, it was true. But I came from a family that worked for a living, and it never crossed my mind that I wouldn’t make my way in life, to make my future mean something.
For a couple of years, I have been looking at retiring,  I have talked to Sandy and Jamie over the years, and in my heart I have decided it’s time.
The YMCA staff and members saved my life. I have met and worked with so many good people over the years, and it’s starting to flash back in my mind as I write this letter — from the present staff of Terri, Louise, Ester, Karl, Keith, Jesse, Alan, Sandra and Richard, to the past staff, which has got to be in the hundreds, from lifeguards to day camp workers.
Y members who came into my life over the years will remain friends forever, including hundreds of kids who now have grandkids at the Y and board members such as Bucky Cline, Bob Setzer, James Davis, Gordon Hurley, etc., who trusted me as a full-time employee.
Thank you,
Kenno
You Might Like