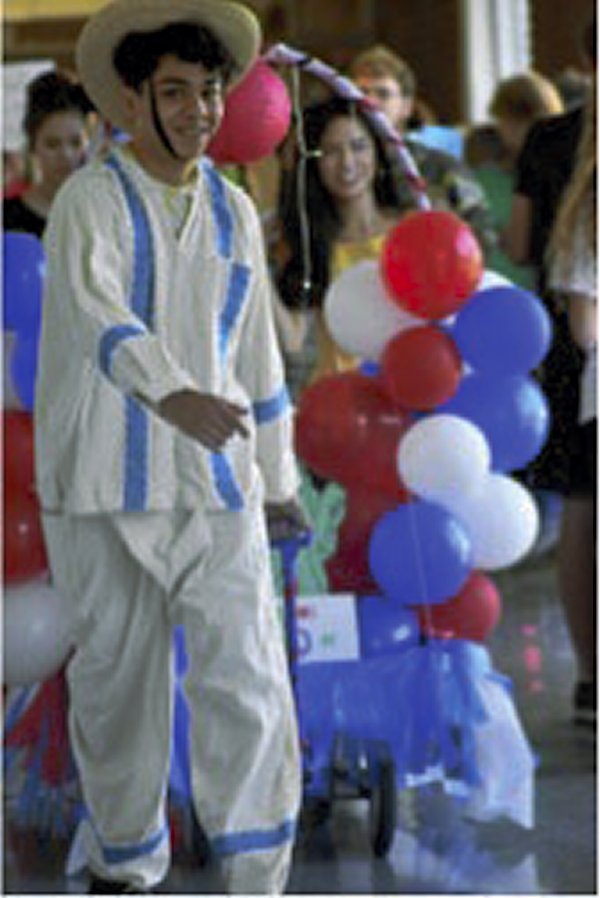 The parade was a collaboration between 11th-grade American literature and creative writing classes and the school's Cross Categorical Adapted Curriculum. The parade was meant to express the challenges America faced 50 years ago that still remain today. Katie Nortan/East Rowan High School

By Autumn Nicholson and Jasmine Euart

The parade was meant to call attention to the challenges America faced 50 years ago that remain today. Students were allowed to choose topics that mattered to them and create parade floats. School Resource Officer Tommie Cato started the parade by riding his bicycle and throwing candy to onlookers.

He was followed by the school mascot and all the students participating with floats and picket signs depicting their views. Issues the students chose to march about included women’s rights, immigration, capital punishment, segregation, freedom of speech and truth in media. Kim Shuping, the school’s librarian, served as the grand marshal.

A few students were eager to express how they felt about the parade.

“What was so great about the parade was that the entire school got to participate, whether they were in the parade or merely watching. Everyone got to experience it in some way,” said junior Shalea Vanhoose.

“I liked the parade a lot because it was very creative, and it was a good way to teach people about things they probably didn’t know about. The culture part was my favorite,” said senior Marissa Brinkley.

Students said it was a creative and positive way to get their points across on issues that matter.