Here’s an updated list on new sculptures in Salisbury 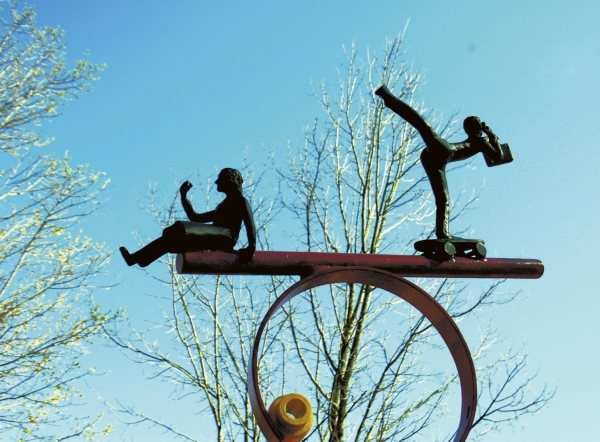 Mark Wineka/Salisbury Post Sculptor Charles Pilkey's "A Question of Balance" includes seven different figures who are preoccupied with their cellphones, such as the two at the top of the painted steel sculpture, which has been installed off North Lee Street next to the Trolley Barn. It is one of 18 pieces in the 2017 Salisbury Sculpture Show.

A list in Monday’s edition of the Post failed to note some late substitutions, eliminations and a name change of works in the 2017 Salisbury Sculpture Show.

Most of the pieces were installed late last week.

Here’s the latest rundown of the 2017 sculptures, their artists and where the art is located in Salisbury: