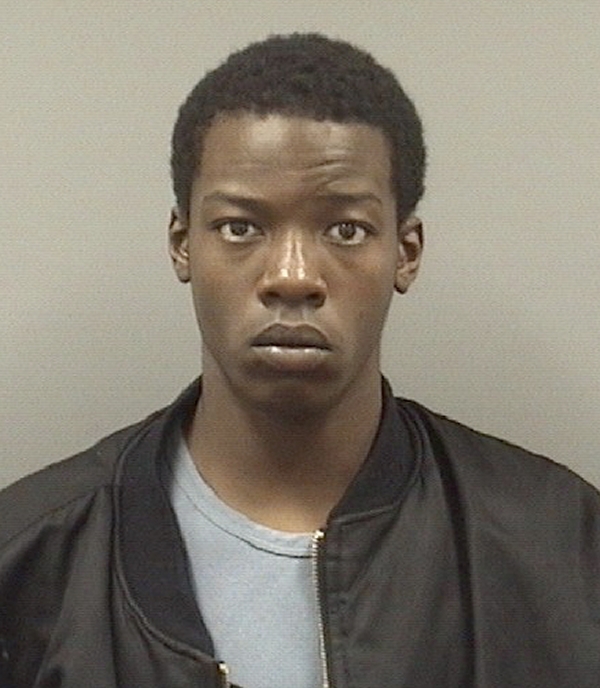 Man charged with robbery after aggressive behavior with family

SALISBURY — Police say they received phone calls Saturday night about a Faith man exhibiting aggressive behavior with his family and later robbing a man on the street. The man became combative with police after his arrest.

Salisbury police charged Darius Marquis Robertson, 25, of the 400 block of Jackson Road, Faith, with felony robbery with a dangerous weapon and misdemeanor resisting, obstructing and delaying an officer.

An officer who was in the area before receiving the call about the incident remembered that he had seen a man walking near Eaman Park Road that matched Robertson’s description. Family members said he was wearing a gray shirt, blue jeans and a straw fishing hat.

Police then received a call from another person, Brandon Jones, who said he had been robbed while walking near Wilson Road.

Jones said a man asked if he had a cigarette and he replied that he did not. The man continued to follow Jones and became agitated when Jones said he did not have a cigarette. Jones said the man threatened him and reached for what he believed to be a gun.

Jones said he gave the man all the cash he had, which was $16. The man reportedly told Jones he needed to stay on the street.

When a police officer later approached Robertson in the D Avenue area, they asked him to stop at the front of the patrol car, but he kept walking toward the officer. He was eventually arrested and handcuffed, but police officials said Robertson did not comply with their attempts to get him into the patrol car. He placed his feet against the door to keep from being put inside.

Police said Robertson was uncooperative when they took him to the Rowan County Magistrate’s Office to process the warrant and when officers searched him at the jail. Police found the money inside Robertson’s pocket.

Robertson remains in the Rowan County Detention Center under a $75,000 secured bond.