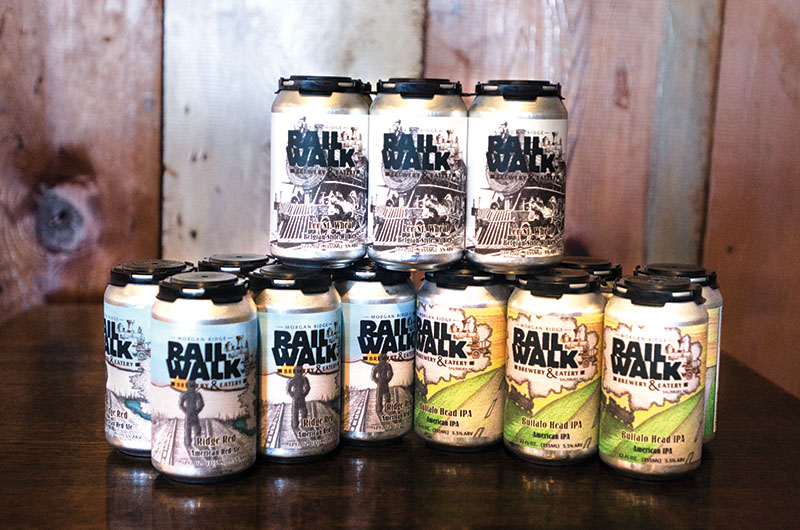 The brewery and restaurant brought in three musical performances and launched three new beers during the celebration which lasted for several hours on Saturday. For Morgan Ridge, April marks six months since it opened a downtown brewery. It’s also North Carolina Beer Month, which celebrates the more than 200 craft breweries and brewpubs in the state.

“It’s about introducing society to a new, up-and-coming industry,” said Morgan Ridge Brewmaster Nikki Koontz. “There’s a whole industry out there that’s about bringing people together.”

With Salisbury’s two downtown breweries, beer lovers can get off to a quick start on “Pint Hound Passport.”

In a proclamation signed last month, Gov. Roy Cooper noted that North Carolina has more craft breweries and brewpubs than any other state in the south. North Carolina is also the second-fastest growing state for beer production in the nation. Only California is better, Cooper said in his proclamation.

The annual economic impact of beer produced in North Carolina is $1.2 billion, which supports more than 10,000 jobs.

Saturday’s event was the introduction of three new, canned beers, too, said Morgan Ridge owner Amie Baudoin. In addition to selling beers on tap at its downtown Salisbury location, Morgan Ridge will sell its new beer to customers in cans and growlers. The new brews are called Buffalo Head IPA, Ridge Red and Lee Street Wheat.

Baudoin said the three new beers fulfill a goal she had when first opening Morgan Ridge Railwalk Brewery and Eatery.

Not to be left out of the N.C. Beer Month fun, New Sarum Brewing Company will have a one-year anniversary celebration this month. That celebration — on April 29 — will include bands and brews, too. Andy Maben, New Sarum’s brewmaster, said the celebration will also include some one-off beers — ones not part of the regular rotation.

Already, New Sarum has brought in three guest taps, which are beers from other craft breweries.

Maben said New Sarum will also give anyone who reserves a hotel in the Salisbury area through the Convention and Visitor’s Bureau a free flight of beer and a pint glass.

There’s a misconception, Maben said, that local craft breweries compete against one another. In fact, local breweries often work together, he said.