Salisbury Academy students take a step back in time 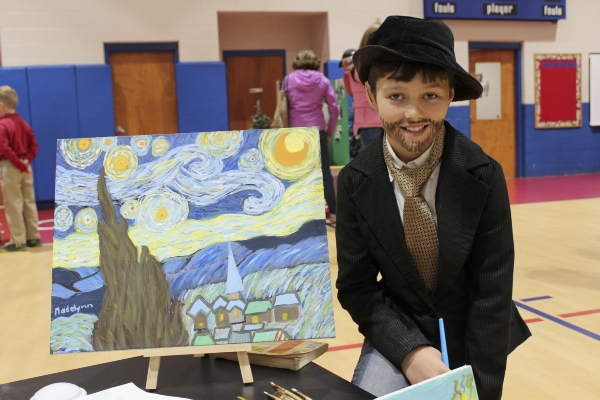 Figures represented were diverse in the time periods in which they lived and in their contributions to society. They included Martin Luther King Jr., Sacagawea and Neil Armstrong.

For the project, each student read a biography on a historical figure and created a first-person oral presentation to share with visitors and classmates. When asked why they identified with their particular chosen figures, students were thoughtful in their answers:

Emma Clifton chose Sue Sally Hale, a polo pioneer: “She loved animals and art just like me. She fought for the right to be who she wanted to be and to do what she loved.”

Keaton Weatherly picked Albert Einstein, theoretical physicist: “He won the Nobel Prize for physics, and he was a very good scientist. He never had any excuses for anything and was very honest.”

Abby Barr chose Amelia Earhart, aviation pioneer and author: “I like her because she was different from the other girls and very independent.”

Peyton Hollar chose Florence Nightingale, founder of modern nursing: “My connection is that she loves animals and she wants to help people.”

Eve Rich chose Anne Frank, the German-born diarist: “I like how Anne Frank really helped me understand WWII and that time.”