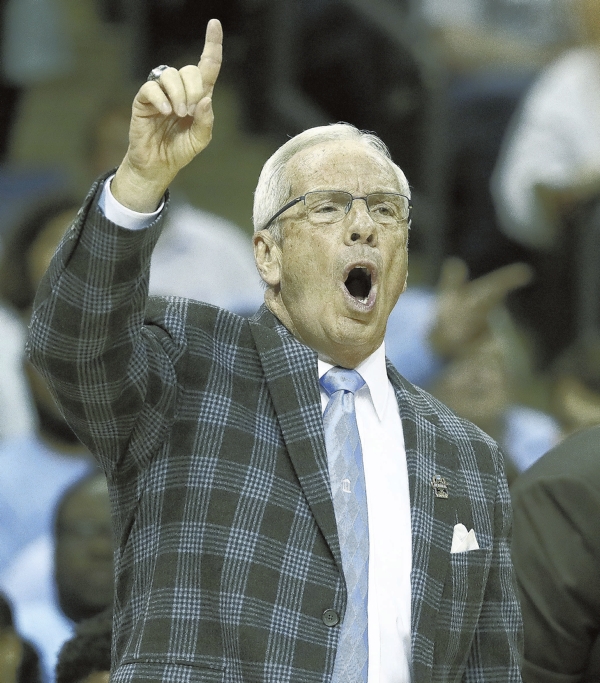 GLENDALE, Ariz. (AP) — The Final Four is set, with one blue blood and three newbies headed to the desert to settle the NCAA Tournament.

North Carolina has been there, done that with college basketball’s final weekend, reaching the title game last year. Oregon is here for the first time since winning its only title in 1939, while Gonzaga and South Carolina are making their first ventures this deep into March Madness.

It should be a great weekend and to get you ready, we’ve got the teams, players, coaches and matchups to keep an eye on at University of Phoenix Stadium.

North Carolina. Veteran, multi-talented, been here before more times than the other teams combined. A clear favorite.

Gonzaga. Finally over the Final Four hump, the Zags are ready to take two more steps and add a title to their resume.

Oregon. The Ducks may have lost a key player with Chris Boucher’s ACL injury, but they’re talented enough to be a player in the national championship race. Just ask Kansas .

South Carolina. These Gamecocks are gamers. Already took out three of the top four seeds in the East Region for their first NCAA Tournament wins in 44 years, ready to make the trip even more special.

Sindarius Thornwell, South Carolina. Physical, scores, rebounds, defends. May not be anyone playing better in the tournament.

Dillon Brooks, Oregon. Plays with an edge, usually comes close to crossing it. Always finds a way to make a big play.

Justin Jackson, North Carolina. Long, athletic, shoots inside and out, causes nightmares for opposing coaches trying to figure out how to stop him.

Frank Martin, South Carolina. The big man in the big suit is known for his fiery demeanor and stare-right-through-you eyes on the sideline. Also happens to be a good coach and one of the most loyal people in the sport.

Mark Few, Gonzaga. The monkey off his back — along with the dogs and cats — he has the basketball acumen and the team to take the Zags to their first national title.

Dana Altman, Oregon. Quietly known as one of the nation’s best coaches for years, he’s proven it during the Ducks’ run to the Final Four.

Zach Collins, Gonzaga. The top NBA prospect still in the bracket comes off the bench, but is an instant game-changer, a 7-foot freshman who can score and guard the rim.

Jordan Bell, Oregon. A big reason the Ducks have not suffered a defensive drop-off without the shot-blocking Boucher in the lineup.

Luke Maye, North Carolina. The 6-foot-9 sophomore provides a lift off the bench and hit the buzzer-beating shot against Kentucky with a Final Four trip on the line.

Rakym Felder, South Carolina. Scrappy 5-10 freshman point guard can shoot from range and give the Gamecocks a spark off the bench.

South Carolina vs. Gonzaga’s front court. Zags center Przemek Karnowski is perhaps the biggest big in the country at 7-1, 300 pounds. Collins is a 7-0 leaper. Gamecocks front courters Maik Kotsar and Chris Silva give up at least three inches and a whole lot of poundage to Karnowski. The Polish big man also is an adept passer, so South Carolina will have to be careful with the game planning.

Pace game, Oregon vs. North Carolina. The Tar Heels like to play fast. Score 5 seconds after a missed free throw fast. The Ducks, despite their reputation as an up-tempo team, play at an adjusted tempo that was 241st nationally. Control the pace, win the game.

Gonzaga from 3, South Carolina guarding it. The Gamecocks are stellar at defending the 3, holding opponents to the eighth-lowest percentage (30.1) in the country. The Zags don’t exactly rely on the 3 — they were 275th nationally at 26 percent of their made shots — but have four players who made at least 40 shots from the arc this season. Going over screens instead of under will be key for South Carolina.

By Mark Wineka mark.wineka@salisburypost.com SALISBURY — The thanks, the welcome home, the appreciation — all of these things are long... read more