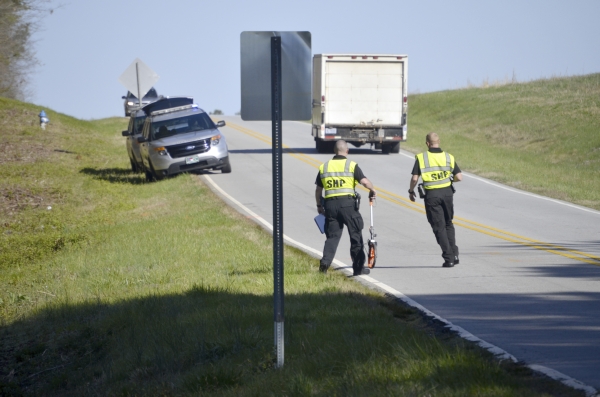 SALISBURY — Rowan County officials have identified a pedestrian who was struck and killed Tuesday night by a sheriff’s deputy on Rowan Mill Road.

Deputies arrived to Rowan Mill Road, not far from the entrance to Foxbridge subdivision at Foxfire Drive, to find a Chevrolet Caprice patrol vehicle No. 1206 sitting in the eastbound lane. The driver of the patrol vehicle, Deputy James Corriher, had just left firearms qualifications training on Majolica Road, sheriff’s officials said in a statement.

Rowan EMS attempted to revive the person but were unsuccessful.

The victim was identified as Jose Antero Rodriguez, 31, a white man of Hispanic origin, whose address was listed as 130 BHS Drive, located off Sherills Ford Road.

The State Highway Patrol is the lead investigating agency in this incident. The patrol notified Rodrigue’s family of his death.

Corriher was recently hired at the Rowan County Sheriff’s Office and had worked the past year and seven months as a China Grove police officer. Corriher was taken to Novant Health Rowan Medical Center to be checked for any injuries.

Units from the Rowan County Sheriff’s Office, Salisbury Police Department, and State Highway Patrol were all present at the scene.

Members of the State Highway Patrol’s Accident Reconstruction Team gathered evidence and will continue the investigation.

The reconstruction team returned to the scene briefly Wednesday morning to gather more details and were seen measuring and marking the roadway.

It’s not clear if the victim was wearing dark clothing, Moultrie said.

The area does not appear to be well lit, but there is a streetlight at the entrance to the subdivision.

Sheriff Kevin Auten and the Rowan County Sheriff’s Office asked for thoughts and prayers for the family of Rodriguez and for Deputy Corriher.

Life with the bee: Salisbury spelling winner to go…