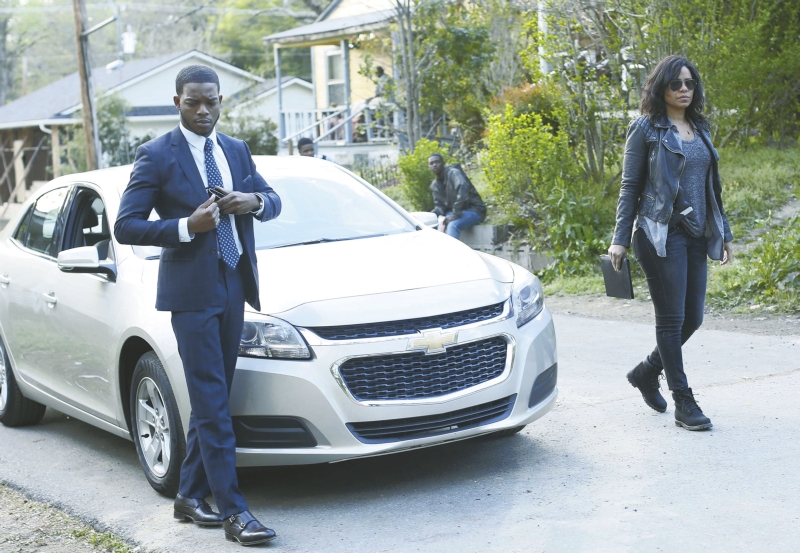 Stephan James and Sanaa Lathan in the pilot premiere episode of a Fox TV series partially shot in Salisbury. What is its name? ©2017 Fox Broadcasting Co. CR: Fred Norris/FOX

1. The city of Kannapolis has plans to build a new downtown baseball stadium by 2020 for the Intimidators minor league team. Which of the following has not been proposed as an idea for the present stadium off Lane Street.

B. An office park

C. A continued venue for baseball and softball tournaments

2. Charlotte Corriher, a 1986 graduate of South Rowan High School, ran her 100th marathon Saturday. Corriher is known for running her marathons in costumes made by whom?

3. St. John’s Lutheran Church has installed 199 solar panels on the roofs of its educational and office buildings. The panels will provide what minimum percentage of the church’s energy needs?

4. A Salisbury woman was charged with second-degree murder this past week for causing the death of a 19-year-old Fayetteville teen in January. The woman is accused of injecting the teen with what?

5. A new Fox television series, part of which was filmed in Rowan, Cabarrus, Mecklenburg and Iredell counties, debuted this past Wednesday night. What is the name of this Fox series?

6. According to Salisbury City Manager Lane Bailey, how many businesses are still in the running to buy, lease or manage Fibrant, the city’s cable utility?

7. Rowan-Salisbury Schools and its Board of Education were recently ranked among the Top 10 national leaders in what?

A. In providing school lunches to needy students

B. In providing vocational opportunities to students not in a college-preparation curriculum

C. In the use of technology for student success

9. Arguments were held Wednesday in the 4th Circuit Court of Appeals in Richmond related to Rowan County’s prayer lawsuit, in which three residents have challenged whether county commissioners can offer sectarian prayers at the start of their meetings. How many judges sat on that Court of Appeals panel?

10. Rowan County has received a $265,000 state parks and recreation grant to renovate a playground at what county park facility?