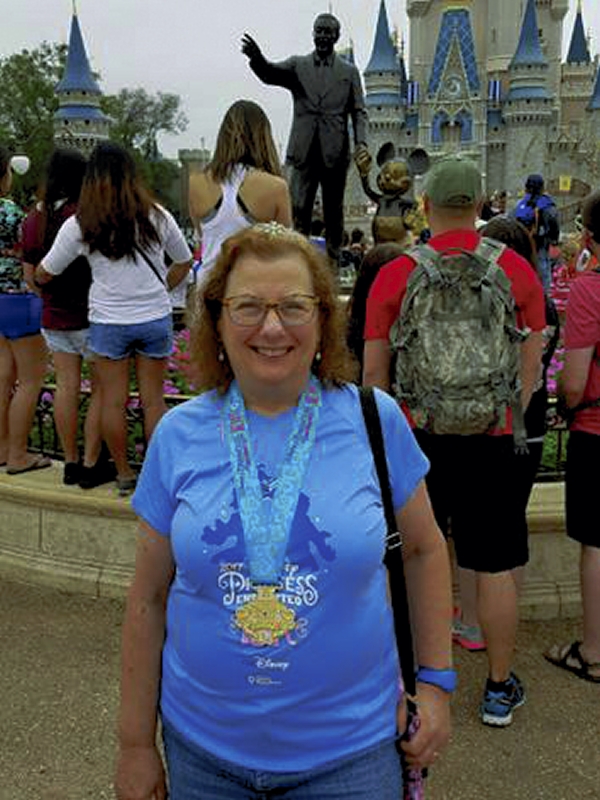 One of my favorite things to do these days is to teach classes for those who want to become runners. We just started one of those classes at Novant Health last Tuesday night. I had taken several calls during the day from those considering taking the class. Many of the callers seemed to want me to somehow talk them out of coming. Of course, that wouldn’t happen. One lady actually called me three times before just not showing up. Most of the early conversation as the class assembled included self-doubt. The following is a great story from someone who had some of the same feelings but followed through, attended the class and is now glad she did.

I first met Savina Daniel in late 2014 when covering a story for the Post. She had recently returned from a mission trip with her church to Nicaragua and that was the subject of the story. Savina had lost her son to incurable disease in 2013 and her husband in a head-on traffic accident in 2014.

We had an appointment to meet with her mission team at the church and I was a few minutes late because of planning for an upcoming race. Savina asked me about what that meant and I explained what I was doing and mentioned that we had a beginning runners class coming up in a few weeks. Savina laughed and said, “Why would someone need to learn how to run? Don’t you just put one foot in front of the other one and do it really fast?” I gave her a card and explained that she would get plenty of benefits from coming to the class and that we would love to have her.

Savina later recounted what happened in the next few weeks. She said, “When I took David’s card, I thought that would be the end of that. But the invitation continued to roll around in my head. You see, Christmas had been rough for me and I thought this could be a belated present to myself. So, in January 2015, I began my running journey.”

During the eighth week of classes, participants get to run a certified 5K course. Savina said, “Run, walk or hobble, I was determined to cross that finish line. Cross it I did and I was still standing! That year, I competed in four or five more 5Ks.”

Later that year, Savina received a call from her sister, Anresa, asking her to consider coming to Florida to run the Disney Princess 10K (6.2 miles). Savina continued, “I first laughed it off as foolishness but eventually called her back to say yes. One of my bucket list items was to run with my sister so I had to start somewhere. It took me a whole year to train for the 10K.”

And with the help of her sister and her running friends, Savina ran her first 10K at age 66 ½ in February 2017 with a time of an hour and 40 minutes. She said, “No record breaker for sure, but a huge accomplishment for me. So, I encourage others to start where they can and go for it!”

That beginning runners class continues on Tuesday at 6 p.m. in the lobby meeting room at Novant Health. Please feel free to join us. I hope the lady who called three times will do just that.

Upcoming races include the Stinger Zinger 5K in Landis on April 8 and the Rock Your Sox at Knox 5K on April 9.

For more information about the class, these two upcoming races or any more currently on the schedule, check www.salisburyrowanrunners.org