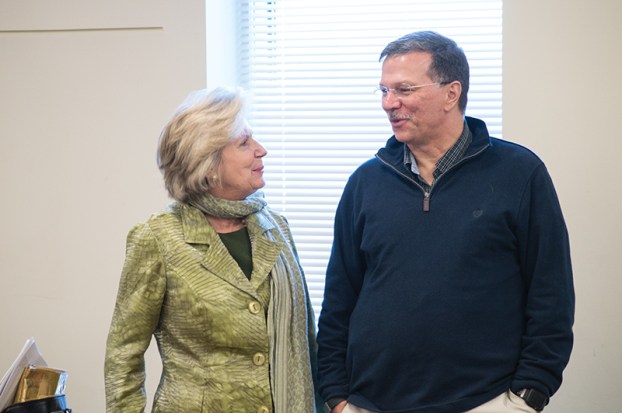 SALISBURY — Police Chief Jerry Stokes says his department would be “the place to come work” under a pay proposal favored by City Council members.

The council on Thursday gave informal approval to the most generous of four options for police officer pay increases presented by Stokes. That option would increase minimum pay for new officers by 15 percent — from $34,224 to nearly $40,000 a year. Other ranks receiving 15 percent raises under the proposal include Police Officer 2, master police officer and sergeant.

The ranks of lieutenant and captain would receive 10 percent raises.

Stokes received rapid support for the most generous option shortly after he presented his four proposals.

“We will be the place to come work if we go with Option 4,” Stokes said.

Councilman Kenny Hardin said the council needed to take whatever action Stokes suggested because of the effects of crime on the quality of life in Salisbury.

“I think we’re at a point where crime is impacting tourism. It’s impacting livability. It’s just impacting so much” Hardin said. “So it’s almost like the answer is easy.”

With a finger raised, Mayor Karen Alexander chimed in.

“I’m with you,” Alexander said.

Under the pay plan favored by council members, minimum pay for new Salisbury police officers would only be $3,282 less than the same rank in Charlotte, according to a spreadsheet presented by Stokes. Pay for new officers would be higher than in Statesville, Greensboro, Mooresville, Concord and Kannapolis.

Different ranks are used across police departments, so Stokes was not able to present a direct comparison for all ranks. Minimum pay for a Police Officer 2 in Salisbury would be about $1,500 more than for the same officer in Greensboro. An officer holding the rank of captain in Salisbury and making minimum pay would earn more than one with the same rank earning minimum pay in Statesville and Kannapolis.

The request from Stokes comes as he tries to bring the Salisbury Police Department back to full staff. Stokes says he has a personal goal of 90 percent staffing by the end of the calendar year.

After statements of support Thursday by City Council members, Alexander asked City Manager Lane Bailey to draft a budget measure that mirrors Stokes’ proposal. Councilman Brian Miller asked Bailey to also draft an option that would phase in the raises rather than implementing all increases at once.

No formal vote was taken Thursday.

If approved by the City Council as part of the budget, the pay plan will take effect July 1.

It’s estimated the police pay plan would increase budget expenditures by $624,250, which equates to a 2.25-cent property tax increase. Combined with other recommended budget increases, the Police Department’s budget could jump in the 2018 fiscal year by nearly $1.4 million compared to the current year.

Councilman David Post said the proposed increases could require a property tax increase of 5.25 cents, a relatively large amount. In an attempt to relate it to average taxpayers, Post said an increase of 5 cents would be an additional $50 per year for a person who owns a $100,000 house.

Alexander and other council members said they were OK with such a tax increase because of the intended use for the extra revenue.

Depending on how much the city reduces the Fibrant budget, Bailey said the tax increase may be lower than 5.25 cents.

“There’s still a lot of heavy lifting left to do,” Bailey said.

By Shavonne Walker shavonne.walker@salisburypost.com SALISBURY — Valerie Benjamin is grateful today that the conversation she had with a Salisbury police... read more