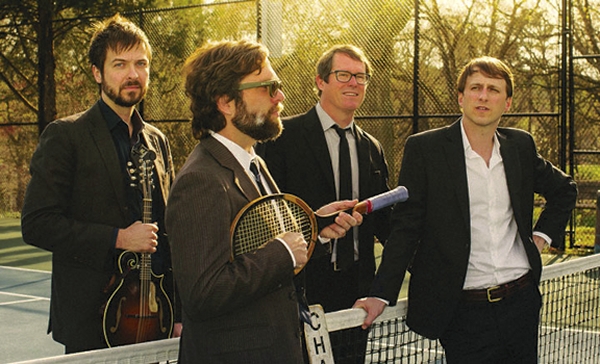 Chatham County Line will perform on Friday at LSt.

American bluegrass band Chatham County Line graces the Lee Street theatre stage with their homegrown tunes and plucky charm. Originating from Raleigh, Chatham County Line returns to their roots to perform old favorites and introduce some new music to fans. The band features the talents of Dave Wilson as lead singer-songwriter, Chandler Holt on the banjo, John Teer the upright bassist who also plays a mean fiddle and mandolin, and Greg Readling the multi-instrumentalist.

Chatham County Line has earned many music honors including Best New Bluegrass Band at the 2004 RockyGrass Competition in Lyons, Colorado. And with an impressive eight recorded albums released since 2003, it is not hard to see why. The band has kept themselves busy making stunning music inspired by their southern heritage with their most recent studio album, Autumn, released this past September.

Band member Chandler Holt is actually from Salisbury and the band has performed at Lee Street theatre twice before, both total sell-outs.