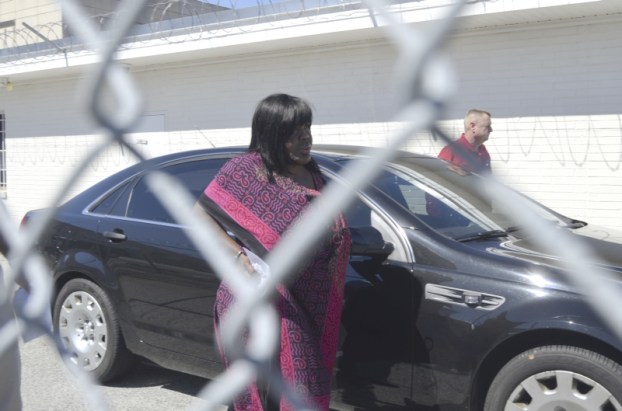 SALISBURY — Kaniya Eboni Bernard doesn’t know what the lasting effects on her body will be after she was injected with nonmedical grade silicone over the course of five to six years.

The woman who injected her was charged Monday with second-degree murder after a Fayetteville teenager died after receiving the same injections.

Bernard, 29, who lives out of state, said she contacted local authorities after she learned through an Internet search that Symone Marie Jones, 19, died from complications that developed after receiving silicone injections. Bernard said she knew the only person in the region who was giving the injections was a transgender woman, Kavonceya Iman Cornelius of Salisbury.

Bernard, who is also a transgender woman, said she knew Cornelius as Kysha Wellington, a name that many in the transgender and gay community knew. She met Cornelius through a friend who had received silicone injections. The friend seemed fine and Bernard trusted her friend’s referral, so she, too, began receiving injections.

Bernard received a total of 15 injections, the last one on Nov. 25.

Bernard said after she left Cornelius’ Union Heights Boulevard home that day, her heart began racing and she had shortness of breath. She called Cornelius, who told Bernard to go to the hospital if she still felt bad. Bernard said when she got to the hospital, she began to feel worse. Bernard was placed on steroids and had to use oxygen for a week.

Doctors told Bernard the silicone traveled from the injection site, hit a vein and then traveled into her lungs.

After her release from the hospital, Bernard said, she learned about the death of Symone Marie Jones, born Eugene Jones II. She said she put the pieces together and she “knew there was only one person doing injections.”

She didn’t know and still doesn’t know where Cornelius got the silicone. Bernard said she doesn’t know what kind of silicone was used. She only knew doctors said it was nonmedical grade.

Bernard initially contacted Charlotte-Mecklenburg Police and later the Salisbury Police Department. Bernard said if it wasn’t for the death of Symone Jones, she doesn’t think the case would have been taken seriously.

Bernard said Tuesday a friend who had been getting similar injections is having pain in her hips. Two other people that friend knows have also been to Cornelius, she said.

Bernard said she never had any misgivings about Cornelius.

“I felt OK. That’s why I continued to go,” Bernard said.

She said she never felt anything was wrong before, but said that the last time she was injected, Cornelius was “acting weird.”

Bernard has felt better in the past month and a half, but sometimes she has to catch her breath. Her doctors aren’t sure what lasting effects she’ll have because they said “this is new to them.”

Bernard will have to get regular check-ups every couple of months. Her doctors didn’t give any indication if it would be safe to remove the silicone from her body.

Her warning to others who are thinking about injections is to go to a licensed professional doctor and do research.

Bernard said she believes there are many more people who have been injected by Cornelius, some of whom might live in other states.

Cornelius is scheduled for a first appearance in court today.

Anyone who thinks he or she may have been a victim is asked to contact the Salisbury Police Department at 704-638-5333.