Salisbury High student shot after confrontation is in stable condition 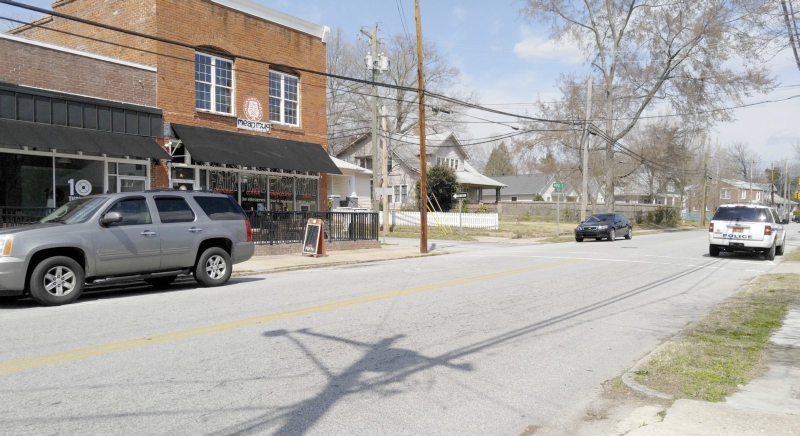 Salisbury Police responded to the scene of shooting on Ridge Avenue, not far from South Fulton Street. A 17-year-old was shot in the back and ran into Mean Mug coffee shop where patrons and the owner helped him before EMS arrived. No arrest has been made. Shavonne Walker/Salisbury Post

SALISBURY — A Salisbury teenager who was shot Tuesday after a confrontation on South Fulton Street remains hospitalized but is stable, police officials said Wednesday.

Myron Levonte Riley, 17, was shot once in the back after being chased, Salisbury police said. A bullet went through his back and exited out his chest, said Police Capt. Shelia Lingle. The bullet nicked one of his lungs, and the teen did have minor surgery Tuesday, she said.

Riley ran to nearby Mean Mug coffee shop seeking help after the shooting. He told patrons inside that someone was shooting. One patron, Anthony Smith, a local community organizer and pastor, asked Riley if he had been shot. Smith would later recount that the teen sat down at a table, clutched his chest and said that he had been shot. Police were called at 12:46 p.m., and witnesses said they arrived within minutes.

Police said there was a confrontation among several people in the 1000 block of South Fulton Street, but the shooting happened in the 100 block of Ridge Avenue. All of the four to five patrons inside the shop provided help to the teen, applying pressure to his wound and a cold washcloth to his neck when he complained of being hot.

He was taken to Novant Health Rowan Medical Center and later transferred to Wake Forest Baptist Medical Center, where he remains.

Lingle said Riley did not provide details and was not cooperative with investigators. Police continue to investigate, but no arrest has been made.

Salisbury High, Livingstone College and a day care center in the area were on lockdown during the height of the incident.

Anyone with information about this case is asked to contact the Salisbury Police Department at 704-638-5333 or CrimeStoppers at 866-639-5245. Tips may also be submitted online at http://tips.salisburyrowancrimestoppers.org/.