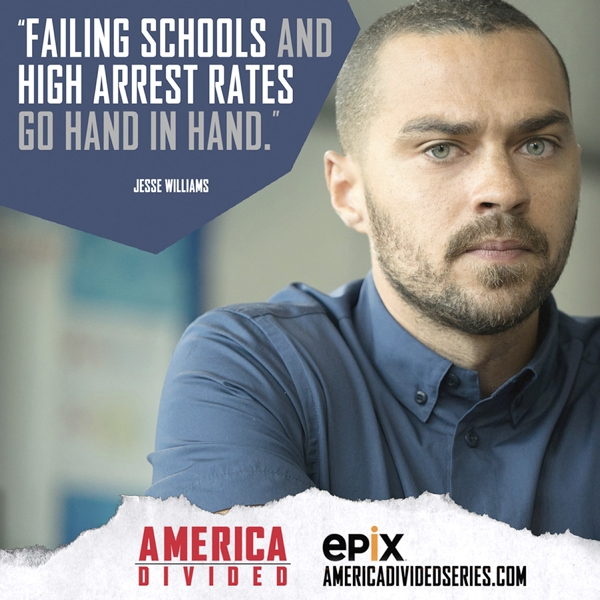 SALISBURY — A documentary about public education in America and the school-to-prison pipeline will screen for free on Friday at Mission House Church in Salisbury.

The public is invited to see “Class Divide” starring Jesse Williams. Doors open at 6:30 p.m., and the film will begin at 7 p.m. Mission House is at 120 Statesville Blvd.

“Class Divide” is part of the America Divided series in Salisbury, following last month’s “Democracy for Sale,” which drew more than 175 people.

In “Class Divide,” Williams journeys to the Gulf Coast town of St. Petersburg, Florida, once known for its beaches and pleasant weather but now notorious for being the unlikely epicenter of the student achievement gap and school-to-prison pipeline.

Williams investigates how resegregation has led to a massive education and criminal justice divide for the students — and witnesses the community’s efforts to confront the school system and heal the divide.

“Americans need to re-examine the true objectives of our public school system. We know that the moment we put handcuffs on a child in school, we double their chances of dropping out, yet this happens every day, with great and measurable bias,” Williams said. “If we send American children to school to be inspired, then this constant presence of armed state agents enforcing the criminal code in classrooms marks a clear and willful failure that has to be remedied.”