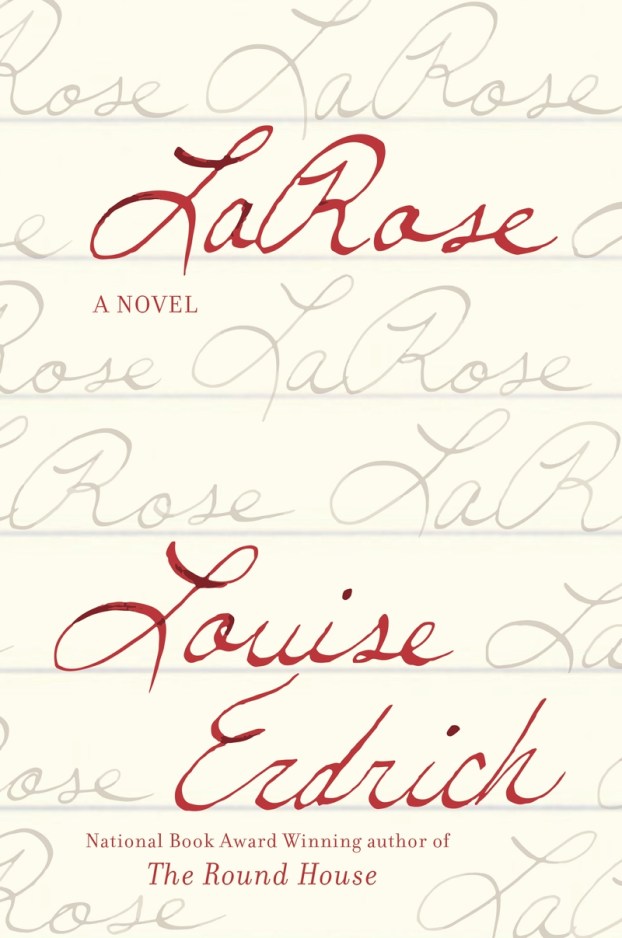 “White Rage: The Unspoken Truth of Our Racial Divide” One of the most celebrated authors in the country, Erdrich based “LaRose” on a true story she heard years ago about a man who accidentally shot a boy and then gave up his own son to be raised by the grieving parents.

Coming to the stage at the New School before an audience of critics, writers and publishing professionals, she joked, “They let me cross the border!”

Atwood’s classic dystopian story “The Handmaid’s Tale” (1985) has enjoyed a dramatic spike in sales since Donald Trump was elected, and the novel has been adapted for a new TV series that will debut on April 26.

Speaking of the importance of independent critics, Atwood said, “Never has American democracy felt so challenged. Never have there been so many attempts from so many sides of the political spectrum to shout down the voices of others to obfuscate and confuse, to twist and manipulate and to vilify reliable and trusted publications.”

Nonfiction: “Evicted: Poverty and Profit in the American City,” by Matthew Desmond. One of The Washington Post’s top 10 books of 2016, “Evicted” describes poor people in Milwaukee struggling to find and keep a place to live in a real estate market and a legal system stacked against them. Desmond, a sociologist at Harvard University, was awarded a MacArthur “genius” grant in 2015.

Biography: “Shirley Jackson: A Rather Haunted Life,” by Ruth Franklin. “The Lottery” shocked New Yorker readers when it first appeared in 1948, but Franklin’s biography demonstrates that Jackson’s career included much more than that single famous short story.

Autobiography: “Lab Girl,” by Hope Jahren, whose book blends science writing with the story of her career as a geobiologist.

Poetry: “House of Lords and Commons,” by Ishion Hutchinson, a Jamaican poet who teaches at Cornell University. His collection was praised by the chair of the NBCC poetry committee for “tracing the landscapes of memory, childhood and his native Jamaica.”

Criticism: “White Rage: The Unspoken Truth of Our Racial Divide,” by Carol Anderson. This work of cultural criticism about the subtle function of racism in America grew from an essay that Anderson published in The Washington Post in 2014.

Two award winners who had been previously announced in January accepted their honors Thursday night, too:

Yaa Gyasi accepted the John Leonard First Book Prize for “Homegoing” (Knopf), her novel about the descendants of two half sisters born in Ghana’s coastal Fanteland in the mid-1700s. Gyasi said she was especially grateful to receive this award “at a time when it seems immigrants are being met every day with new affronts to their humanity.”

Michelle Dean, whose criticism appears regularly in the Guardian, the New Republic and other publications, accepted the Nona Balakian Citation for Excellence in Reviewing.

The NBCC is an organization of nearly 1,000 reviewers and book section editors. The finalists and winners were chosen by the group’s 24-person board.

How to help your preschooler learn to love reading