Scoreless streak up to 27 innings for Charlotte’s Colton Laws 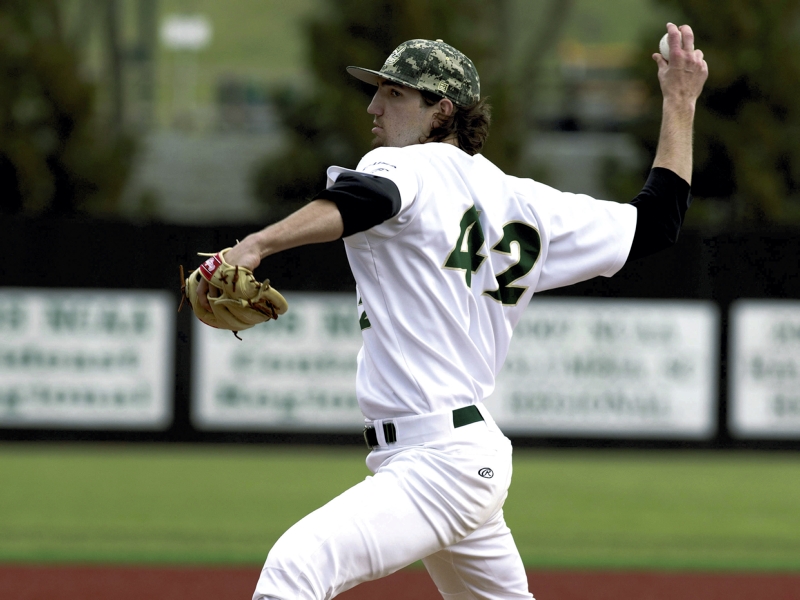 “We got the series off to a good start,” stated Head Coach Loren Hibbs. “Laws was good and Brooks was good. Pitching tonight was outstanding. Offensively, we executed a hit-and-run and took advantage of a couple of miscues by their pitcher. Being able to execute like that in the third inning was huge.”

Laws (2-0, a Carson High School graduate) got his night off on a solid start with a strikeout of Derek Cartaya in the first of four three-up, three-down innings. The right-hander nailed down two more whiffs to open the third on Nick Day and Adam Sevario before sitting down Cartaya again, along with Irving Lopez, back-to-back to end the sixth.

The three hits allowed by Laws all came with one out in the second, fifth and sixth innings. The Panthers couldn’t manage a serious threat in any of those three frames.

Matt Brooks finished off FIU in dominant fashion going six-up, six-down during his eighth and ninth inning appearance recording three strikeouts, including one on the final out on Javier Valdes to clinch the league-opening win.

Charlotte (12-6, 1-0 C-USA) got on the board with three in the fourth taking advantage of erratic throwing by FIU starter Robert Garcia.