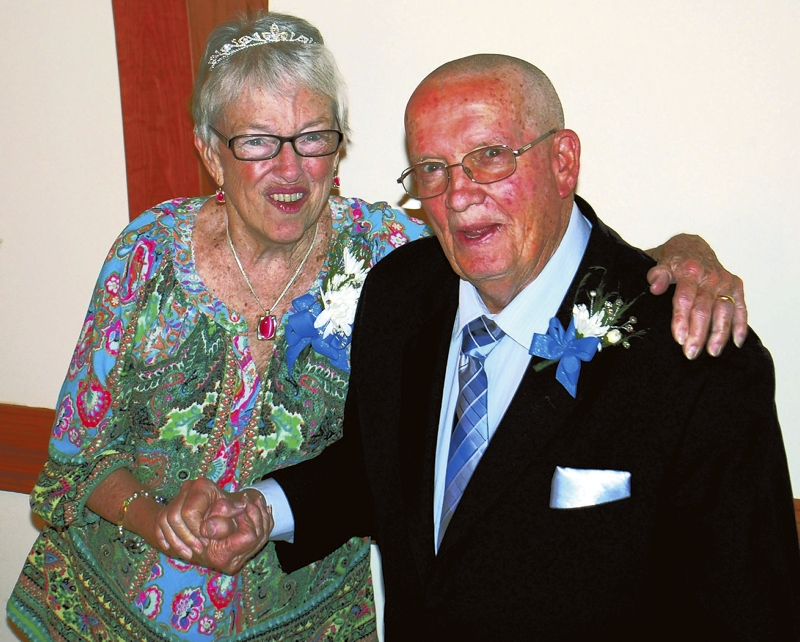 Jimmie and Frank Melton celebrated 65 years of marriage Sunday afternoon at Bethpage Presbyterian Church. The couple eloped when he was 18 and she was 16. Mark Wineka/Salisbury Post

• “One day you may have football, but then life starts to happen. You need to have a plan.” — Deshon Holmes, a junior at Statesville Christian High School who participates in Power Cross Ministries’ programs to help young men in athletics, academics and spiritual growth

• “No matter what anybody is doing, everybody is eating. … All agriculture is important; all
farmers are important.” — Rich Bonanno, director of N.C. State Cooperative Extension, who spoke to farmers, businessmen and local leaders Thursday at the Farmers Appreciation Breakfast sponsored by the Rowan County Chamber of Commerce

• “How many times have you ever heard, in any state that allows this, about mass death, mass sickness, because somebody ate a burger cooked on a grill.” — State Sen. Tom McInnis, who has filed a bill to allow restaurants to use  outdoor grills for food preparation

• “Every day is a special gift.”— Jimmie Melton of Kannapolis, who with her husband, Frank, celebrated their 65th wedding anniversary with a  surprise party attended by family, friends, and former neighbors

• “Some of these kids have the ability to play in college, and that’s great. But almost all of them will be fathers and husbands. The No. 1 goal for me is going to help make them better ones.”— Brian Hinson, who was named the new football coach at Salisbury High School

“You can tell when they like a project because when they’re done, they pull out their phone and take a picture of it.”— Bob Blake,  who teaches woodworking and other skills in an alternative track for students who want to get a job after graduation at West Rowan High School.