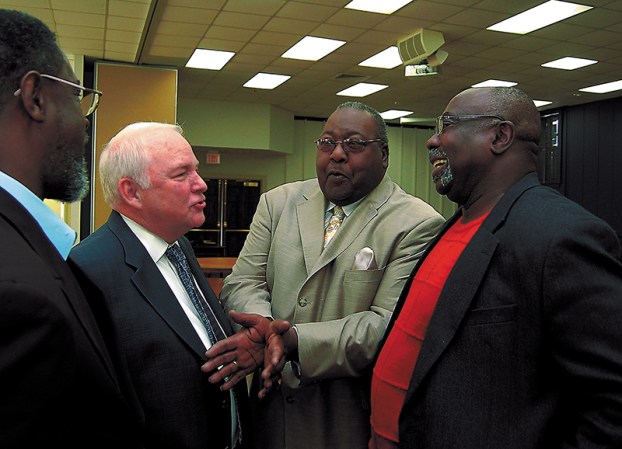 SALISBURY — The city lost one of its most respected community advocates when William Peoples died Monday. He was 61.

From the Human Relations Council to the Neighborhood Appearance Commission, Peoples frequently served on community boards. He was a president and vice president of the Salisbury-Rowan NAACP. In 2011, then-Mayor Susan Kluttz awarded Peoples a key to the city for his community advocacy work.

He successfully fought for streetlights on Brenner Avenue and Old Concord Road. He fought for sidewalks where there were none. Even amid health problems, Peoples in 2015 ran for Salisbury City Council. During the campaign, he advocated for infrastructure improvements, distributing pay raises equally among city staff, and making Salisbury a vibrant community through economic development and education.

“I am running because I want to make a difference,” Peoples said at the time. “And the difference I mean is being an advocate and seeing the things that the council doesn’t see or talk about. My concern is the overall health of the city.”

The cause of death was complications from kidney disease.

“He fought till the very end,” said his sister Brenda. “He had time with us, said all he needed to say to his family. We are forever grateful he was with us as long as he was.”

Those who knew Peoples said he dedicated his life to making Salisbury a better place.

“He made so many sacrifices, including his own health, to make life better for other people,” said his brother John.

Peoples was born in 1955 and raised in the Dixonville area by his grandparents. One of 15 children, Peoples lost both parents before he graduated from Salisbury High School in 1973.

He received a degree in welding technology from Rowan-Cabarrus Community College. Peoples retired from Reynolds Metals Co., where he worked in shipping and receiving.

Rodney Cress, who worked with Peoples at Reynolds Metals in the late 1970s, said Peoples will be missed for his smile and great personality.

In 2003, the Salisbury-Rowan NAACP honored Peoples for his work with and support for the organization. During the ceremony, Peoples said he was taught as a child that people should help one another. He was the immediate past president of the local NAACP at the time.

Scott Teamer, who served as the local NAACP president from 2012 to 2016, said Peoples spoke his mind and knew how to deliver a message.

“All the things he complained about were issues affecting the city,” Teamer said. “He always spoke about issues, never anything personal.”

Teamer said Peoples took his share of criticism, too.

“He once told me, ‘It doesn’t bother me because I know I’m working for the greater good,’” Teamer recalled.

DeeDee Wright, one of Peoples’ close friends, said he fought for the city he loved. Peoples badgered city officials about a wide range of topics — from hiring too few minorities to parking penalties. He’s the reason there are streetlights on Brenner Avenue, Wright said.

“We knew what we had to do to fight,” she said. “I don’t mean insulting people but fighting for the things that we thought were right and righteous.”

When he wasn’t engaged in advocacy, Wright said, Peoples enjoyed talking about cars or going to car shows. He liked watches and dressing nicely, Wright said.

He also doled out words of wisdom to his nieces, nephews and son Channing.

Peoples attended Salisbury’s First Calvary Baptist Church, where he served on the board of trustees and as chairman of the board. Frequently, his car would be the only one in the parking lot, Wright said.

In 2011, Kluttz presented Peoples with a key to the city for his community advocacy. Later the same day, he challenged city officials about parking penalties, proving the award wouldn’t deter him from speaking out.

“This is just going to make me work a little harder,” Peoples said after receiving the key to the city.

On Tuesday, Kluttz said she has never known a greater advocate for Salisbury than Peoples.

“From my very first days on the City Council in 1997, he made it clear that as a representative of the NAACP, he would hold us accountable for doing all we could to improve race relations, but he didn’t just complain,” Kluttz said. “He became involved in every aspect of city government he could — advising council and staff, serving on boards and commissions, participating in all race relations initiatives, joining Project Safe and helping the Salisbury Community Development Corp. identify housing needs.”

Even as his health deteriorated, City Councilman Kenny Hardin said, Peoples was committed to community advocacy. On Tuesday, Hardin recalled Peoples saying that as soon as his health improved, he’d be right back at it.

“‘I’m going to get well and join you in the fight,’” Hardin recalled Peoples saying.

With Peoples gone, Hardin said, Salisbury will miss a fearless voice who fought for what’s right.

From staff reports EAST SPENCER — A 31-year-old Salisbury man was shot three times and hospitalized on Friday, but he won’t tell... read more