Editorial: Our state of potential 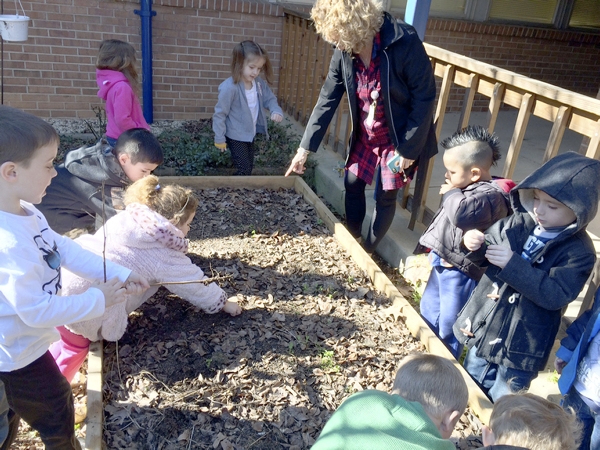 Morgan Elementary Pre-K students learn about gardening in the raised bed at their school.

The current leadership of the N.C. General Assembly did not invent economic recovery or budget surpluses. North Carolina has rebounded from recessions before. But the leaders have been in a rare position as a Republican majority for several years, and the state now stands in good financial stead, in no small part due to their actions. What now?

Dueling state-of-the-state addresses from Democratic Gov. Roy Cooper and Republican Senate leader Phil Berger this week revealed little about what the legislature might do during this session (except oppose the governor). Now that the state’s economy is on an upward trend, here are some suggestions on how to use the leadership’s unprecedented power:

• Make historic strides in education. Lawmakers and the governor have discussed pay increases for teachers in slightly different forms. It matters not who gets credit for raising teacher pay; just do it — and make sure experienced educators get their fair share. Meanwhile, take a look at the countless regulations that make it impossible for public schools to adopt innovations that work at charter and private schools. As it is, traditional public schools can’t even set their own calendars without conforming to strict state limits. That is absurd. The state has given low-performing schools latitude to adopt a charter-like model. Why not all schools?

• Enroll more children in pre-K. Speaking of those who have advantages, preschool lays the foundation for a child’s early education. Yet pre-K remains out of reach for many who need that extra stimulation most — children from low-income families. From 2000 to 2013, the state’s child poverty rate grew almost 9 percent, and it’s worst for the youngest. More than half of all North Carolina children under age 5  — our future workforce — live in poor or near-poor homes. By the time they enter kindergarten, they will be far behind their classmates in literacy skills and may never catch up. These are the children who need educational vouchers — for preschool.

Countless other areas beg for legislators’ attention. Rural areas are losing out on the state’s rapid growth. The law enforcement profession needs more pay, respect and training. And then there’s the bathroom bill, H.B.2, that’s even hindering former Gov. Pat McCrory’s search for a new job. What good has this law done for North Carolina?

That’s another subject for another day.

Cooper said the state of the state is promising. “Potential” is the word that comes to mind here. A new generation is coming of age. Their potential could shrivel and die because of missed opportunities, or it could flourish and expand thanks to strong education. A child could wind up in prison or grow up to found the next Food Lion. Many people will play a role in each child’s development. But decisions by the General Assembly will set the stage for how their education starts.