Fifty years ago it was March Madness for ASU, Sprinkle 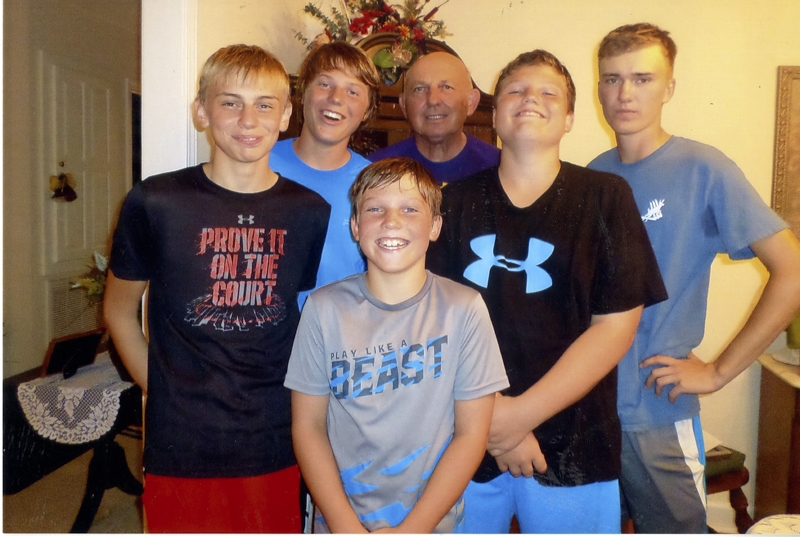 ROCKWELL — There are few experiences more discouraging for a young man than not seeing his name on the list when the team roster is posted on the wall next to the gym.

His first two years at Appalachian State, Gilbert Sprinkle’s name wasn’t on the wall after basketball tryouts, but he never gave up. Fifty years ago, with March Madness in high gear, Sprinkle was a senior, and he sparked the Mountaineers to the 1967 Carolinas Conference Tournament championship.

“The funny thing is I was just up at Appalachian for a basketball reunion, and no one mentioned that team,” Sprinkle said. “I hadn’t thought about it being 50 years.  It doesn’t seem that long ago.”

Sprinkle was a good athlete at North Rowan High. He played the three major sports when they were in season, like every athlete did. His best sport was basketball. When he was a senior in 1963, the Cavaliers went 14-0 in the North Piedmont Conference. That was a good team with Sprinkle, Chip Palmer, Mike Lester, Mike Steele, Don Grubb and David Chapman leading the way.

North finished 18-3. Coach Walt Baker’s team almost won them all. The Cavaliers lost by three points to Boyden and by a single point to Albemarle early in the season. A 16-game winning streak ended in the WNCHSAA playoffs when North fell to Asheboro of the South Piedmont Conference, 51-50.

The 5-foot-10 Sprinkle had a 29-point night against East Rowan — the school record at the time — and led the Cavaliers with 14.2 points per game.

“Coach Baker tried hard to get me a scholarship,” Sprinkle said. “Everyone said I was too small.”

Sprinkle headed to Appalachian State with the career goal of becoming a teacher and coach.

He saw a sign announcing basketball tryouts, and did his best to impress the coaching staff. It wasn’t enough. When he studied the list on the wall of those who had made the cuts, his name wasn’t there.

“The same thing happened my sophomore year,” Sprinkle said. “I tried out again and I got cut again.”

Appalachian State had a jayvee team, and the coach was a graduate assistant named Jack Lytton. Lytton knew Sprinkle and he called to see if Sprinkle might be interested in helping  out his short-handed jayvees.

“They only had seven or eight guys on the team, and I told Jack I’d love to play,” Sprinkle said.

James Wilcox, a veteran player, asked Sprinkle to work out with him in preparation for the 1965-66 season. Those extra workouts in the gym caught the attention of head coach Bob Light.

One of the happiest days of Sprinkle’s life came when Light told him he’d give him a half scholarship for his junior year.

There were more dues to be paid as a varsity reserve, but by his senior year Sprinkle had defied the odds. He was starting in the backcourt for a 20-win team in a great small-college league.

“The Carolinas Conference had so many great players then,” Sprinkle said. “Catawba had Dwight Durante. High Point had Gene Littles. Western Carolina had Henry Logan. Everyone had a good team.”

In addition to those spectacular guards, the league’s monster played for Guilford, the regular season champion. Bob Kauffman, 6-foot-8 and 240 pounds,  was one of the best college players at any level. After setting Guilford records that still stand with 2,570 points and 1,801 rebounds, Kauffman became the third overall pick in the 1968 NBA draft.

The top eight teams in the Carolinas Conference gathered at the Lexington YMCA to settle the tournament championship. Defending champ High Point, handcuffed by seven forfeits for the use of an ineligible player, didn’t make the top eight.

Durante had been suspended in January, but seventh-seeded Catawba had still been good enough to go 11-1 in home games behind big center Dave Snyder, powerful rebounder Garland Davis and shooter Johnny Harwood. When Catawba clashed with Appalachian State in the first round, the teams were meeting for the fourth time. Catawba shot 50 percent, and Appalachian star Danny Beauchamp shot 2-for-20, but the Mountaineers made a ton of free throws and managed to beat the Indians for the third time.

“I remember (Catawba coach) Sam Moir telling me he wished he’d recruited me,” Sprinkle said. “But he had DwightDurante. There’s no way I would’ve gotten any playing time at Catawba.”

Appalachian made 41 free throws to beat Elon, 89-82, in a semifinal, advancing to the championship game against Guilford. Kauffman demolished Lenoir-Rhyne in the other semifinal with 29 points and 15 rebounds.

Sprinkle probably played the best game of his life when Appalachian State shocked everyone by blowing out Guilford in the title game. Sprinkle shot 9-for-16, scored 19 points and added six rebounds and three assists. He and Appalachian’s other guard, Bill Sposato, shredded Guilford’s press in a 91-67 victory.

“We were big underdogs,” Sprinkle said. “That was quite an upset for us.”

Kauffman was named MVP for producing 79 points and 37 rebounds in three games, but Appalachian State held the trophy and an automatic berth in  the District 26 tournament. It was the first championship for the Apps since 1950. Sprinkle was named to the all-tournament team.

Unfortunately for the Mountaineers, Guilford also was part of the four-team field for the district event in Winston-Salem. Sprinkle scored 16 points as Appalachian put up 100 and blew out Lynchburg in the semis, but Guilford ended Appalachian’s season and Sprinkle’s career with an 85-78 win in a heated final.

Sprinkle scored 20, but Kauffman got 30, and Guilford headed to Kansas City for the national tournament.

Sprinkle had a lot of strong games as a senior. He averaged better than 13 points.

“I was just in the right place at the right time that year,” Sprinkle said.

At Christmas break during his final season at Appalachian State,  Sprinkle married Joyce Beaver, who had been a sophomore cheerleader at North when he was a senior.  He was looking for a job a few months after his basketball career ended.

W.A. Cline, an Appalachian State guy, had been hired as East Rowan’s football coach and athletic director. He drove to Boone to offer Sprinkle the boys basketball coaching job, and Sprinkle accepted. It was an opportunity for him and his wife to return to Rowan County.

“Looking back, I really wasn’t ready to coach varsity,” Sprinkle said. “I wish I’d had a year or two as a jayvee coach.”

Sprinkle’s biggest coaching win came in 1974 when East won at West Rowan on the final night of the regular season to take the conference. His 1975 team, with Kevin Abel, Rick Vanhoy, Harvey Robertson, Stan Honeycutt and Brent Bost, beat Alexander Central and Albemarle before losing a close WNCHSAA championship game to North Davidson.

Sprinkle, 71, devoted most of his working life to East. He had a long tenure as athletic director. Besides coaching basketball for 11 seasons, he served as a head coach in golf, softball and indoor track. He was an assistant coach for outstanding football and outdoor track squads.

Their children, Thad and Lisa, were athletes at East. Thad, who starred in the early 1990s, is one of the six 1,000-point scorers in East boys basketball history.

Two of their grandchildren, Logan Shuping and Bryson Sprinkle, were a big part of East’s runner-up finish in the 3A state golf tournament last spring. Logan is a freshman on the East Carolina golf team and Bryson is still at East Rowan.