Yesterday: A soldier pays his respects to ‘Dr. Charlie’ 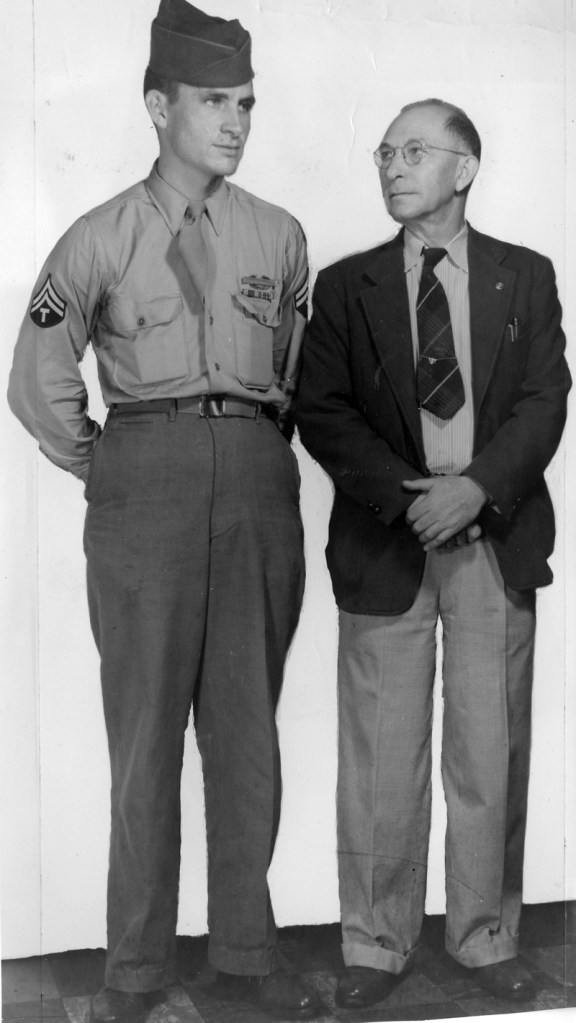 In this September 1945 photograph from the Post files, Cpl. Marvin Westmoreland of Enochville stands with Dr. Charles “Charlie” W. Armstrong during a 30-day furlough. More than 20 years earlier, as a 3-year-old, Westmoreland had undergone an operation in Gastonia to correct a club foot with which he had been born. Drs. Armstrong and T.D. Brown had made roughly 25 trips to the Westmoreland home in the 1920s to persuade Otha Westmoreland, Marvin’s dad, that something could be done to remedy Marvin’s club foot. Marvin was working at a Cabarrus textile mill in 1942 when he was drafted into the Army during World War II. He served in North Africa and Europe as truck driver hauling men, munitions and supplies to the front lines. A 1920 charter member of the Salisbury Kiwanis Club, Armstrong became international president with Kiwanis in 1947, and he was instrumental in establishing the Salisbury Kiwanis Health Camp in 1927 to treat thousands of children with tuberculosis.  It was Armstrong and Kiwanis who also created a program in the 1920s to help crippled children such as Westmoreland. Armstrong retired in 1962 after being Rowan County’s health officer for 43 years. The Kiwanis Pancake Festival will be held from 5-8:30 p.m. Friday and 7-10:30 a.m. Saturday at the Hurley Family YMCA.