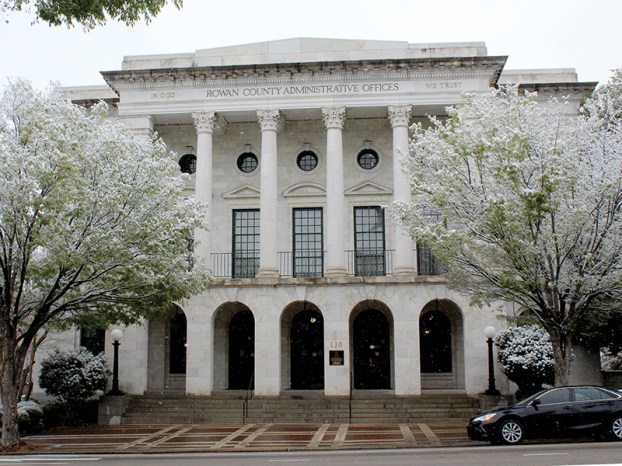 SALISBURY – Rowan County’s early spring was punctuated by a light dusting of snow during Sunday’s early to mid-morning hours. Accumulations reached a maximum of 2 inches.

Snow showers lasted until late morning, though above-freezing temperatures meant the accumulation wasn’t to last. By early afternoon, temperatures climbed above 40 degrees and nearly all traces of snow had evaporated or melted.

Meteorologists also warned that plummeting temperatures early Monday could damage or kill local crops. A freeze warning is in effect from 10 p.m. Sunday until 10 a.m. Monday. Temperatures are expected to fall into the 20s as many begin their morning commutes.

The warning was issued to the North Carolina foothills and Piedmont, as well as the northern and eastern upstate of South Carolina. Portions of Interstate 40 will reach lows ranging from the mid- to upper-20s, with lower 30s temperatures affecting the South Carolina upstate.

For growers, potential threats to tender vegetation has many anxious. Local berry farmer, Kim Rector, of Keeper Creek Farm in Mt. Ulla, reports that signs of damage will come as the week progresses.

“Right now it’s too soon to tell,” Rector said. “It’s not the snow that could hurt us but the colder weather later in the week.”

For Keeper Creek Farm, crops of blueberries, blackberries and raspberries are too expansive for much in the way of preventative measures.

“We’ve got over 1,100 bushes,” Rector commented. “If we had just had a small backyard garden it would be one thing. There’s not much we can do.”

Early morning temperatures are expected to dip into the low-20s until Thursday. By the weekend, lows should hold just above freezing.