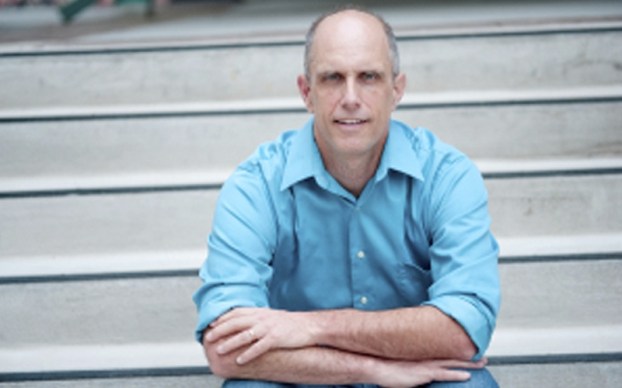 WILMINGTON — Joseph Mills of Winston-Salem has won the 2017 Rose Post Creative Nonfiction Competition for his essay, “On Hearing My Daughter Trying to Sing Dixie.” Mills will receive $1,000, and his essay will be considered for publication by Ecotone.

“At turns funny and contemplative, ‘On Hearing . . .’ asks us to see the South in all of its glorious contradiction,” said final judge Garrard Conley, author of the memoir “Boy Erased.” “For any aspiring essayists out there, this writing is a lesson on tone.”

A faculty member at the University of North Carolina School of the Arts, Mills holds an endowed chair, the Susan Burress Wall Distinguished Professorship in the Humanities, and was recently honored with a 2016-2017 Excellence in Teaching Award.

He has published six collections of poetry with Press 53, most recently “Exit, Pursued by a Bear,” which consists of poems triggered by stage directions in Shakespeare. His book “This Miraculous Turning” was awarded the North Carolina Roanoke-Chowan Award for Poetry, and his work has been frequently featured on Garrison Keillor’s “The Writer’s Almanac.”

With his wife, Danielle Tarmey, he researched and wrote two editions of “A Guide to North Carolina’s Wineries.” He also edited a book of film criticism, “A Century of the Marx Brothers.” More information about his work is available at www.josephrobertmills.com.

Beth Browne of Garner won second place for her essay, “Loblolly,” and will receive $300.

“’Loblolly’ is as much about real trees as it is about words,” Conley said. “An intimate portrait of a Southern family whose relationship to land is complicated, ‘Loblolly’ is also about the lyricism of memory and meaning. But what makes this writing so unique is its insistence that style represent real substance.”

Browne’s work has appeared in Cruising World, Salt Magazine, Walter Magazine, and many other journals. A photo essay appeared in Shadowgraph Quarterly’s spring 2015 issue. In addition to writing and photography, Browne manages a large farm, home schools her two teenagers, and spends most weekends sailing the North Carolina coast. Her website is www.bethbrownebooks.com.

“Postcards to North Carolina from a Northenmost Island,” by Asheville’s Jessica Jacobs, came in third. Jacobs will receive $200 in prize money.

“Try to find a more precise poetic line than this: ‘Its skull is drydocked in my palm, a dumb boat of bone, ferrying nothing.’ This author’s prose is a wonder, and the associative quality of this essay, which charts two very different geographies, makes this essay a treat to read,” Conley said. “To call ‘Postcards’ an essay on place would be to reduce its significance. ‘Postcards’ is, instead, a lesson on how essay can blur the lines between prose and poetry.”

Jacobs is the author of “Pelvis with Distance,” a biography-in-poems of Georgia O’Keeffe, which was winner of the New Mexico Book Award in Poetry, an Over the Rainbow selection by the American Library Association, and a finalist for the Julie Suk and Lambda Literary Awards. Her chapbook “In Whatever Light Left to Us,” a memoir-in-poems, was published by Sibling Rivalry Press in 2016.

An avid long-distance runner, Jacobs has worked as a rock climbing instructor, bartender and professor, and now serves as the associate editor of Beloit Poetry Journal and faculty for the Sewanee Young Writers’ Conference. She lives in Asheville with her wife, the poet Nickole Brown. More of her work can be found at www.jessicalgjacobs.com.

Conley’s memoir “Boy Erased” (Riverhead, 2016), was featured in Buzzfeed, Travel + Leisure, The Los Angeles Times, and many other publications as a must-read book. Megan Daum of The New York Times calls “Boy Erased” a story written “through the lens…of compassion,” and Publisher’s Weekly, in a starred review, calls it an “exceptionally well-written memoir.”

Conley’s fiction and nonfiction can be found in Time, Vice, CNN, Buzzfeed, The Virginia Quarterly Review and many others. He has received scholarships from the Bread Loaf, Sewanee and Elizabeth Kostova Foundation writers’ conferences. He currently lives in Brooklyn.

Ecotone’s mission is to publish and promote the best place-based work being written today. Founded at the University of North Carolina Wilmington in 2005, the award-winning magazine features writing and art that reimagine place, and our authors interpret this charge expansively. An ecotone is a transition zone between two adjacent ecological communities, containing the characteristic species of each. It is therefore a place of danger or opportunity, a testing ground. The magazine explores the ecotones between landscapes, literary genres, scientific and artistic disciplines, modes of thought.

Rose Post worked for the Salisbury Post for 56 years as a reporter, feature writer and columnist. She won numerous state and national awards for her writing and earned the N.C. Press Women’s top annual award four times. She received the O. Henry Award from the Associated Press three times, the Pete Ivey Award, and the School Bell Award for educational coverage. Nationally, she won the 1989 Ernie Pyle Award, the Scripps Howard Foundation National Journalism Award for human-interest writing, and the 1994 National Society of Newspaper Columnists’ Award.

The nonprofit North Carolina Writers’ Network is the state’s oldest and largest literary arts services organization devoted to writers at all stages of development. For additional information, visit www.ncwriters.org.

By David Freeze Plenty of volunteers for the 4th Annual Love Thy Neighbor Benefit at Concordia Lutheran know that the... read more