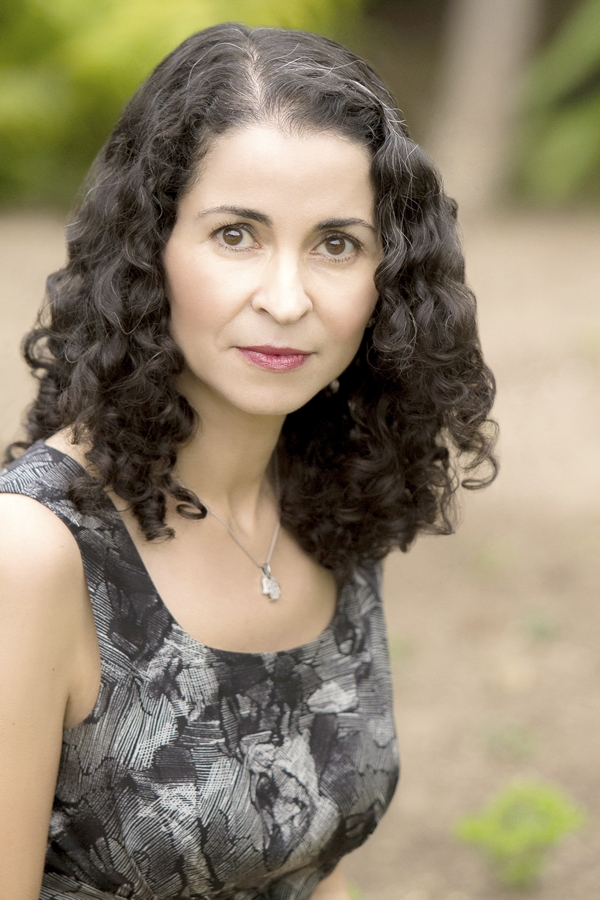 April Rocha Photography Laila Lalami will be the guest at the March 23 Brady Author's Symposium.

Laila Lalami will surely have stories to tell when she comes to Catawba College March 23 for the Brady Author’s Symposium.

Her most recent book, “The Moor’s Account,” is a novel about a Morrocan man who sells himself into slavery and becomes part of a Spanish expedition to “La Florida” to discover gold.

Lalami knows the power of a good story. She knows how to grab the reader and take him or her along a path of discovery, almost breathlessly, to keep finding out what’s around the next bend.

“The Moor’s Account” is based on an actual account of a failed 1528 expedition. Hundreds set out, noblemen, settlers, slaves; four survive, one of them the slave known as Estabanico, who is barely mentioned in the official account the Spaniards recorded, but is generally considered the first African explorer of the New World.

The four survivors, Cabeza de Vaca, the expedition’s treasurer, Alonso del Castillo and nobleman Andreas Dorantes, along with his slave, Estabanico, endure incredible danger and hardships, but most of that is lost in the conquistador’s sanitized account. It was known as the Narvaez expedition, for the governor who foolishly took this hapless group into the wilderness and lost not only his own life, but almost all of the others to starvation, typhoid fever, attacks by native tribes, drowning and even cannibalism.

Estabanico’s account was never recorded, although he apparently learned the native languages and acted as a interpreter and go-between on many occasions.

In 2014, Lalami wrote in her blog that Estabanico drew her in, because he was neither conquerer nor conquered. It was his voice she heard, and using the historical accounts, she crafted historical fiction around his missing story.

In an interview with NPR at the time, she answered the question, “Why write historical fiction instead of nonfiction?”

She said, “The novel is the only form in which I would have been able to explain what it really felt like to be taken from your home and to have grown up in freedom and then suddenly to become a slave. … In some ways, I think it’s the closest that we come to the truth — is in the form of fiction.”

In Lalami’s story, Estabanico has a full life before slavery. He is a Moroccan from Azemmour, a man who defied his father and became a merchant. His love for numbers and sales disappoints his father, a notary, proud of his work creating contracts and making decisions.

When the Portuguese overtake Azemmour in 1513, the residents begin to lose their business, then their businesses, then slowly starve. In Azemmour, Estabanico is Mustafa ibn Muhammad ibn Abdussalam al-Zamori, and seeing his remaining family, a mother, sister and two brothers in desperate need, he sells himself into slavery.

Unlike some other slaves, he is educated and well-spoken, but must curb his tendency to give his opinion or reason with his new owner, Dorantes, who acquires Estabanico in payment for a debt. Then they journey over “The Ocean of Fog and Darkness.”

Estabanico hates his new name, “a string of sounds whose foreignness still grated on my ears. … A name is precious. It carries inside it a language, a history, a set of traditions, a particular way of looking at the world. Losing it meant losing my ties to all those things, too.” Lalami establishes her hero as a person with faith, conscience and a desire to be his own man.

The Castillian men are ill-suited for their search for gold; their governor is ill-advised, as well as ill-tempered and sometimes delusional. What they encounter is remarkable on a human scale, a world full of natural wonders unimagined by these overdressed gentlemen with swords and muskets.

As Estabanico observes the Spanish conquerers stand and declare the ground they stand on belongs to God, St. Peter and the King, he says, “Just by saying that something was so, they believed that it was. I know now that these conquerers … gave speeches not to voice the truth but to create it.”

His stories of their near starvation at a beach camp, their violent encounters with the native peoples and their perilous exploration of the interior, including a deadly encounter with El Lagarto, the “Water Animal with Scaly Skin” are a hint of what these Europeans blundered into, unprepared.

They are plagued by extreme heat while wearing their armor, by hungry mosquitoes and by invisible natives who launch arrows and hurl axes at them from the cover of the woods.

Narvaez, the governor, keeps splitting his party into smaller pieces, sending one group this way and another group back to the sea, all with disastrous results.

Desperation leads to more death, and well into the ordeal, cannibalism for some. Estabanico longs to be freed from this horror. He hopes by being clever, coming up with solutions, bartering with the natives, that he can earn respect and his life back, but circumstances continue to deteriorate.

The tribes only barely tolerate their hungry, difficult “guests” and the nobles resent having to work for their food. Estabanico becomes something of a shaman, using the cures his mother used for all manner of illnesses, even telling long, comforting stories to those he cannot help.

The reader can’t forget this remarkable man, nor what he has had to do to survive.

Lalami, also a native of Morocco, was educated there, in England and in the United States. She asked important questions with this book, “Whose views do you read?” “Whose voices do you never hear?”

Something to ponder and to ask the author about when she visits Salisbury.