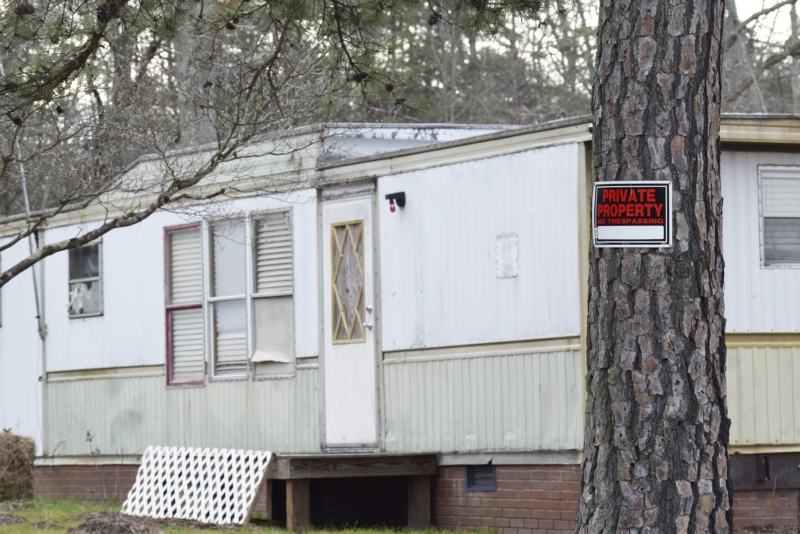 According to warrants, 3045 Artz Road, pictured here, served as the distribution center for a national drug conspiracy with ties to the Aryan Brotherhood and Mexico. Authorities made 31 arrests in the case, which spanned three years and multiple states. Rebecca Rider/Salisbury Post

SALISBURY — A drug-trafficking operation based out of an Artz Road home had ties to the Mexican Cartel and the Aryan Brotherhood, authorities said Friday.

Federal, state and local authorities arrested 31 people in connection with the drug conspiracy earlier this month.

According to an affidavit obtained from the Rowan County Courthouse, the conspiracy dates back to 2014, when the State Bureau of Investigation began targeting methamphetamine manufacturing and distribution rings.

“Through these investigative steps, authorities were able to determine that large amounts of methamphetamine ice and, in some occasions, heroin were being transported from Mexico to California to Washington state to North Carolina for distribution,” the affidavit reads.

According to the document, the Artz Road home is believed to be the distribution center for a national operation with ties to the Mexican Cartel and Aryan Brotherhood.

Authorities determined that large amounts of methamphetamine and heroin were being moved around the country. The shipments would go from Mexico to California, then to Washington state and finally to North Carolina, where the drugs were distributed to neighboring counties.

John Clinton Dunbar, a Rowan County resident and member of the Aryan Brotherhood, was also arrested in the case. Fox and Robertson were identified as two of Dunbar’s customers. According to the warrant, Dunbar, Fox and Robertson regularly received “methamphetamine ice” from a man based in the Atlanta area named Oliver Dwayne Quinn. Quinn often went by the nickname “Mall of America.”

A cooperating witness said he transported methamphetamine from Georgia to Rowan County every one to two weeks in 4- to 8-ounce parcels. The witness said he sold the drugs to Fox for about $500 to $700 per ounce.

Fox, Robertson and Dunbar got methamphetamine from Quinn on a nearly weekly basis and made payments to him using wire services, authorities said.

But Fox and Robertson dealt in cash.

Indicted co-conspirators in the case paint 3045 Artz Road as a hub of activity, with people coming to buy meth or heroin at all hours of the day or night. According to one witness, Pepper handled most of the sales, dealing heroin from a bedroom in the trailer.

Several pounds of methamphetamine were seized during the three-year investigation. Cooperating witnesses told law enforcement that they had seen Fox conduct as many as 15 to 20 drug transactions per day.

The investigation culminated locally with searches on March 6 and 8 at Fox’s Artz Road home after a cooperating witness and undercover officer made methamphetamine purchases. According to the affidavit, investigators seized about 32 grams of meth that was found in a book bag in the guest bedroom. Robertson, Pepper and Fox were arrested during those searches and seizures.

Residents of Artz Road reported seeing helicopters and SWAT teams swarming the property during one of the searches. For those who live on the usually quiet country road, the arrests come as a relief.

“It makes the neighborhood safer for my kids,” said Brittany Kanode, who lives just down the street.

Kanode said she heard the noise of the helicopter that day, but initially thought it was her neighbor working on cars. When she looked outside, she saw police cars, investigators in plain clothes wearing bulletproof vests and the helicopter. Kanode said she gave a sheriff’s deputy a thumbs up.

She and her family haven’t lived on Artz Road for long, but Kanode said they quickly learned to avoid the dilapidated mobile home and its collection of outbuildings.

“There were people coming and going there all times of night,” she said.

Cars often raced down the road in the middle of the night, revving their engines and wheeling doughnuts on the asphalt. Since the arrests earlier this month, the road has been quiet, she said, and traffic has lessened.

Kanode is familiar with what drugs can do to a person. She spent part of her high school career at South Rowan High School and saw many of her classmates succumb to addiction, she said. Her heart went out to kids her age or younger who got wrapped up in drugs, she said.

“There’s a lot of kids I went to school with that are dead and their families are never going to get them back,” she said.

Robertson, Pepper and Fox were arrested after the March searches.

On March 6, investigators seized $440 in cash, $382 from the left cup of Pepper’s bra, $391 from a bedroom safe, bags of what investigators believed to be drugs, a black magnetic box containing three syringes, a set of digital scales and seven cellphones.

According to warrants, 32 suspects were identified in the case, including Thomas David Martinez, known as “The Chemist,” a Rowan County resident with previous methamphetamine charges.

Investigators are still looking for one suspect, Reuben Guerrero-Espinoza.

Suspects were indicted in U.S. District Court for the North Carolina Middle District in Greensboro.